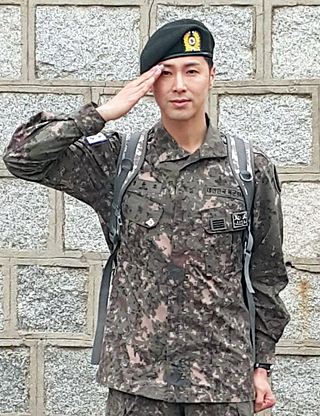 Yunho of idol duo TVXQ finished his mandatory military service Thursday, promising fans a comeback for the team in the near future.

“Please look forward to the complete TVXQ to return. Now is the start,” the 31-year-old singer told an estimated crowd of 800 fans and reporters in front of the Army’s 26th Mechanized Infantry Division at Yangju, northeast of Seoul.

The singer said he cherishes his experience in the military: “It was an opportunity to mature and learn to appreciate even the smallest things.”

“I was able to serve in earnest because all of you trusted in TVXQ. Changmin will also faithfully end his service and come out.”