‘Isn’t a sundae made of ice cream?’

‘Isn’t a sundae made of ice cream?’ 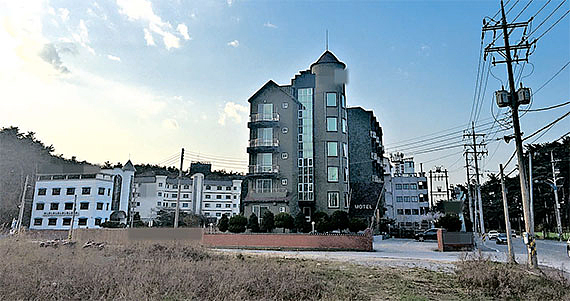 Motels and restaurants in Gangneung, Gangwon, where skating competitions will be held during the 2018 PyeongChang Winter Olympics. [PARK RIN]

“Does it really cost 400,000 won [$352] per night? It’s more expensive than a five-star hotel.” Less than 300 days to the PyeongChang Winter Olympics and a report on accommodation and restaurants in Gangneung and Pyeongchang areas in Gangwon have sparked online outrage.

Many readers criticized the business tactics of local lodgings. “They’ve already started to rip off customers for the high season,” said one. “They are ruining the reputation of the nation,” wrote another.

But motels are not the only ones trying to benefit from Olympic demand. Some homeowners in the Gangneung area are renting rooms for 9 million won ($7,900) to 15 million won a month.

The PyeongChang Winter Olympic Organizing Committee and Gangwon Provincial Government have worked together to complete the ski slopes and ice rinks. However, reporters have found many flaws that need to be improved for a successful hosting of the international sporting event.

First of all, food is an issue. Foreigners seem to be taken aback by menu items like stir-fried squid and pork belly or grilled dried pollack. An American athlete asked for more variety, saying, “Korean food is delicious, but it is not easy to eat Korean food every day for nearly a month.”

Also, local restaurants don’t offer menus in other languages. Foreigners shouldn’t be expected to order from menus with phonetic translations such as tteokbokki and sundae. Some may say it is no different from sushi or tom yum kung.

However, restaurants need to think about whether writing pronunciation helps foreign visitors, at all. A foreign athlete said that he thought sundae, which is Korea’s traditional stuffed sausage, meant an ice cream sundae.

Local transportation is also lacking. At this rate, foreigners visiting Gangwon province during the Winter Olympics will struggle with accommodation, food and transportation. The PyeongChang Winter Games is an international event that Korea is hosting 30 years after the Seoul Summer Games. After PyeongChang, it is unknown when Korea will host the Olympics again. Providing reasonable accommodation and dining option is a matter of basic hospitality. All Koreans should work together to offer the world a warm welcome.