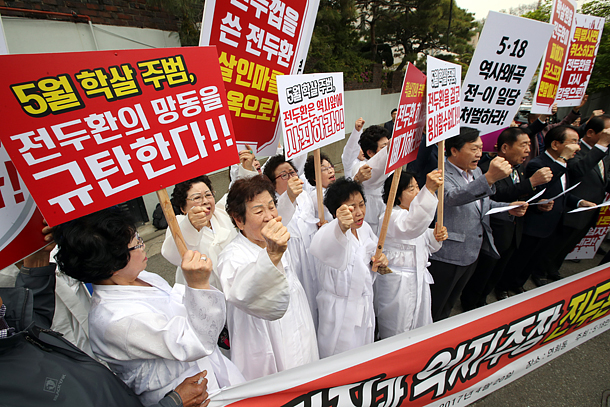 Civic group members for victims of the May 18 Gwangju Uprising for Democracy in 1980 rally in front of former President Chun Doo Hwan’s residence in Seodaemun District, western Seoul, on Thursday, demanding his apology for the bloody military crackdown that claimed 154 lives and left 70 missing, according to the May 18 Memorial Foundation. The former strongman denied it was a military-led massacre of the Gwangju people 37 years ago and called himself a “scapegoat” of political persecution in his memoir, published earlier this month. [YONHAP]