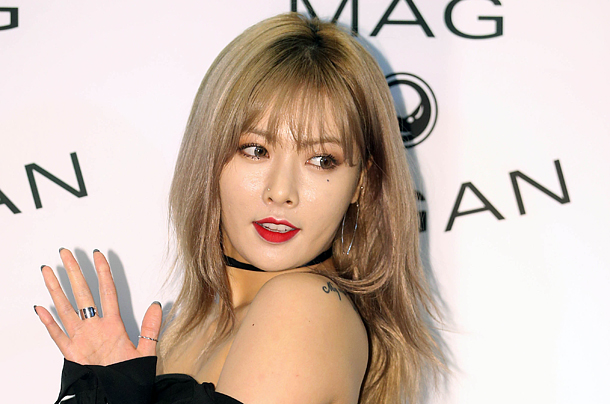 The group, which also consists of Hui and E’Dawn of boy band Pentagon, will release the album on May 1, said Cube Entertainment, who manages the artists.

The album will have five tracks, including the lead single “365 Fresh” - a punk-style number reminiscent of the 1990s.

Hyuna and E’Dawn took part in writing the lyrics for the five songs.