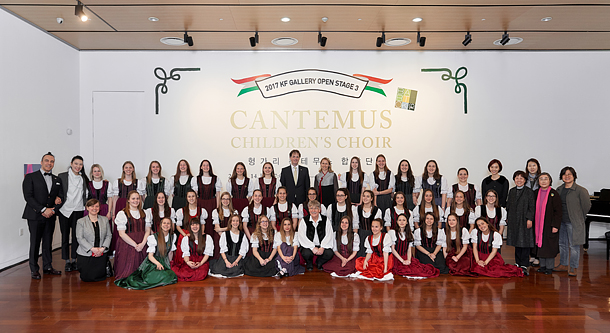 In cooperation with the Korea Foundation and the Pilgrim Mission Music Center, the Embassy of Hungary in Seoul held a concert tour of the Cantemus Children’s Choir in Korea. Part of the 10-day concert tour’s aim to promote the art and music philosophies of Hungarian composers Bela Bartok (1881-1945) and Zoltan Kodaly (1882-1967). The 40-member choir held concerts in Seoul, Pyeongtaek, Jeonju, Pohang, Gimhae, Jinju and Daegu between April 12 and 22, including a concert on Easter Sunday in Gwangmyeong, Gyeonggi.

[EMBASSY OF HUNGARY IN SEOUL]