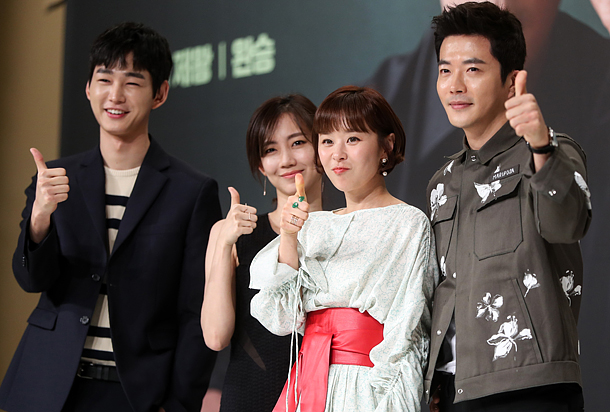 KBS2’s detective comedy series “Queen of Mystery,” maintained its lead in the mid-week drama race, becoming the only late-night show with a double-digit rating amongst its competitors, data showed Friday.

Episode six of the Wednesday-Thursday series “Queen of Mystery” recorded a 10.9 percent nationwide viewership Thursday night, according to Nielsen Korea. The figure represents a 3.2 percentage-point increase from the previous day.

“Queen of Mystery” stars Kwon Sang-woo as Ha Wan-seung, an elite narcotics detective. His opposite is Choi Kang-hee, cast as Yoo Seol-ok, an unassuming neighborhood ajumma, who is a natural-born genius crime solver.

Ajumma is a generic term in Korean for married women who have the image of being middle-aged, tough and stubborn, as well as wearing unfashionable clothes.