Toward banking with friends

Toward banking with friends 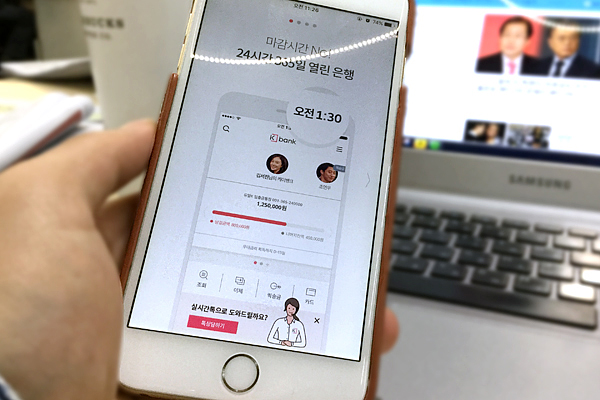 I have been using the same bank account for more than 20 years to get direct deposit of my paycheck. But I have little affection for this bank, as it hasn’t done much for me. During the time I’ve been its customer, I got married, had children and grew old enough to worry about retirement. But I’ve never gotten any financial advice for the different stages of my life. The most benefit I’ve gotten was lower fees.

I don’t trust the bank’s competency either. When I am interested in a certain financial product and inquire about it, the representative often doesn’t know as much as I do. This is how existing banks treat their longtime customers.

So I’ve become interested in K bank, an online bank that started operation this month. In two weeks, more than 200,000 customers signed up. The Dual K Checking Account is a popular option. While high savings interest rates and simple procedures are considered the reasons for its early success, what K bank is offering is not special. The interest rate does not make much difference for general depositors. But customers are interested in K bank, as it is a new option for those who are not satisfied with existing banking practices.

If the existing banks don’t want to lose customers, they need to keep in mind one thing. They should not assume that the early success of K bank is due to the internet. Most of the services K bank offer are also provided by online banking of existing institutions. If the large commercial banks want to raise the interest rate, an internet bank cannot be a match. In other words, the internet bank could fail if it follows conventional banking practices.

Here, let’s look at Germany’s Fidor Bank. One of the key features of Fidor Bank is the interest rate that changes according to Facebook likes. When a certain product gets more Facebook “likes,” it offers a higher interest rate.

It would be a mistake to consider it a mere way to increase Facebook users. Only Fidor Bank members can click “like” and affect the rates. They are involved in the product planning. The bank awards those who contribute good ideas. They consider the customers partners.

The range of services, such as trading precious metals and bitcoin, are the result of listening to customer demands. Once again, make no mistake: The bank only provides the setting, and the actual bitcoin transaction is coordinated by specialists. Rather than trying to manage all businesses, Fidor Bank entrusts specific operation to experts and responds to customer calls immediately. When Google released Google Maps, real estate and restaurant services increased, and usage became more active.

I will keep my eye on Kakao Bank, which launches next month. If internet banks are headed in a different direction from the conventional, supplier-oriented banks, I will leave my bank of 20 years without regrets. Fidor comes from a Latin word for “trust,” and the motto of the bank is “Banking with Friends.”