Train to take passengers through Koryo-in past

Train to take passengers through Koryo-in past 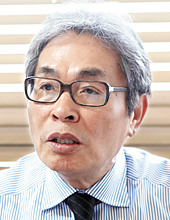 The Korean diaspora is found all over the globe, with as many as half a million calling the countries of the former Soviet Union home. The history behind these Koryo-in, however, is a tragic tale that perhaps be described as Korea’s own Trail of Tears.

“The idea is to follow the traces of the Koreiski (Koryo-in) who were forced from their homes by Stalin’s regime and made to traverse the Siberian continent,” said Lee Chang-ju, 71, CEO of the Korean Global Foundation. “This summer, we can do that by riding the ‘Silk Road of Tears Remembrance Train,’ a project that has been put together by the Korean Global Foundation.”

In an interview with the JoongAng Ilbo, Lee said he was preparing a “Silk Road of Tears Remembrance Train” event that would cross Russia and Kazakhstan.

The Eurasian voyage will go from the end of July to early August, for 14 days and 13 nights. Starting from Vladivostok, Russia, they will pass through Irkutsk and Transbaikal and finish in Almaty, Kazakhstan, for a total distance of 6,500 kilometers (4,038 miles).

Eighty Koreans will participate, with public figures such as Roman Catholic Father Ham Sae-woong and Yoon Yeo-joon, former minister of the Ministry of Environment, accompanying them. One can still apply at the foundation’s homepage (www.koreanglobalfoundation.org) until April 30. When asked how it all started, Lee referred to the mass population transfer from the Russian Far East of the Koryo-in in 1937. Koryo-in are ethnic Korean nationals of former Soviet Union states.

“About 170,000 Koryo-in were forcefully relocated to Central Asia by the Stalin regime,” said Lee. “Of those, 20,000 lost their lives in transit. Those who were taken from their homes were not just scattered in Russia, but in places such as Uzbekistan, Kazakhstan and Ukraine. Looking around the traces of these Koryo-in, through the remembrance train will be to shed light on this tragedy.”

The areas the train will pass through will be of historical significance to Koryo-in. A few examples are the birthplace of the first Korean communist party, the Korean People’s Socialist Party in Irkutsk, the Koryo-in collective village, Shinhanchon, founded in Vladivostok, Russia, and the Koryo Theater in Almaty, Kazakhstan. Other places include a site where many Koryo-in lost their lives in Ushtobe, southeastern Kazakhstan, and the region where Hong Beom-do, an independence fighter, lived.

“The Koryo-in deportation occurred under a communist state, so it has not received proper illumination in modern Korean history,” Lee said. “Nowadays, Koreans are well aware of Koreans living in the United States and Canada. But then, there are those who do not know of the existence of those who were expelled from Siberia.”

“The descendants of Koryo-in who reside in Russia and Central Asia are close to 500,000 people,” Lee said. “They mark Korean holidays like the Lunar New Year or Chuseok as ‘Korean Days,’ and on those days they prepare and eat traditional foods. They preserve our culture.”

Lee, currently a professor emeritus of international relations at Russia’s Saint Petersburg State University, founded the Korean Global Foundation in 1999. He began to have a deep interest in the Siberian peninsula’s Koryo-in after discovering by chance evidence of Stalin’s mistreatment of Koryo-in. After this, he began promoting events and relevant research.

“The Koryo-in issue must be aired persistently, for this will continue to be an issue in the future of the Korean peninsula’s unification,” he said. “I hope the Remembrance Train will be an opportunity to raise interest in the Koryo-in’s sad history, which permeates the Siberian continent.”