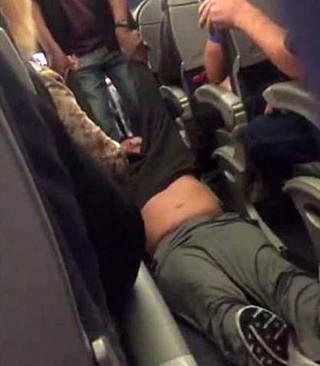 The scene of Vietnamese-American doctor David Dao being dragged off a United Airline plane inspired anger and fear. It would not be an exaggeration to consider it racial discrimination, as it is doubtful a white person would be so forcibly removed if he had refused to leave. Unless it is clearly explained why Dao’s name was on the list, the controversy over racial discrimination will not stop.

No white American would openly say he or she is racist. But racial discrimination often turns up as some white Americans clearly have prejudice.

It is tacit knowledge, which is not easy to express verbally or in writing but has been understood and learned through experience and way of life. British philosopher and physical chemist Michael Polanyi claimed that all knowledge is rooted in tacit knowledge.

Sleeper hit movie “Hidden Figures” illustrates how the tacit knowledge was established. Only 50 years ago in Virginia, black and white people had to sit in separate parts of the bus, use separate restrooms and libraries and even separate coffee pots. While most white Americans didn’t feel the urgency of the problem, three black female mathematicians delivered the message that there is no race in genius.

Would you believe that artificial intelligence, the core of the fourth industrial revolution, is racist? According to Princeton University computer scientist Aylin Caliskan’s paper published in Science, This is the case. “Many people think machines are not biased. But machines are trained on human data. And humans are biased.” Just like children, AI learns prejudice from tacit knowledge and takes discrimination for granted.

As AI learns English on its own, it also absorbs prejudice. The most basic bias was revealed in gender and jobs. The Turkish language does not specify gender in the third person, but when translating Turkish to English to say a person is a doctor, it said “He is a doctor.” In human data, “he” and “doctor” almost always went together just like “she” and “nurse” are often associated. As AI studied the close relationships between word pairs, it developed biases. In the process, AI came to associate unpleasant words such as “murder” or “abuse” with African-American names.

Since Donald Trump’s inauguration, white people are no longer the same even in New York, where diversity is celebrated and respected. In the Midwest, where Trump is popular, the change in mood is even more serious. Even I have to ask myself if I have started to believe that all white Americans are racists. When the tacit knowledge of mankind is rid of the concept of discrimination, the calculation of AI will become accurate.