Chevy Bolt isn’t flashy, but it gets the job done

Chevy Bolt isn’t flashy, but it gets the job done 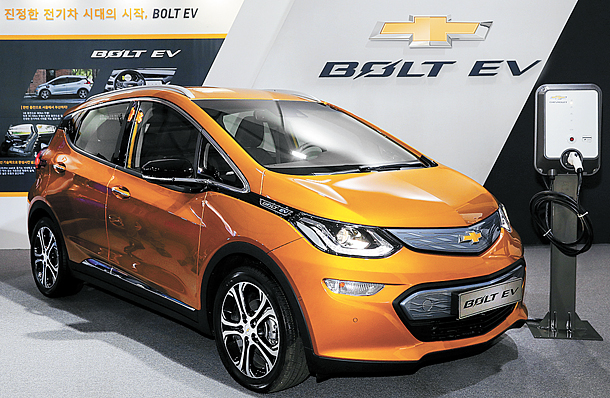 Chevrolet’s Bolt EV, the first fully electric car from the U.S. auto giant General Motors, is largely a practical vehicle, offering one of the longest driving distances at the most reasonable price.

It epitomizes the Detroit-based automaker’s definition of a good car: it gets the driver and passengers where they need to be in the safest and most cost-effective way.

However, what the vehicle gets in bare-bones efficiency, it gives up in design and tech savvy.

This reporter took a Chevy Bolt on a test drive early this month on a 45-kilometer (28-mile) course from Kintex in Goyang, Gyeonggi, to Hyeri Art Village in Paju, Gyeonggi. 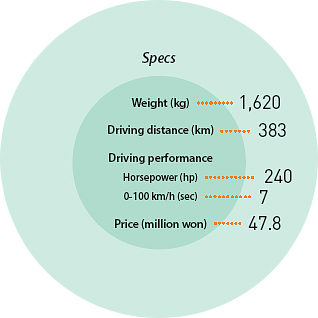 The crossover, which falls somewhere between a small SUV and hatchback, is roomy enough to easily fit three passengers in the back seat. The bump in the middle seat has been eliminated.

The driver’s seat is higher compared to that of other sedans or hatchbacks because the lithium-ion battery has been placed underneath the seats. While this feature might distract some people who are used to driving a sedan in which the driver’s seat is low, it actually felt convenient for this reporter because it helped secure a wider range of sight, similar to driving an SUV.

General Motors provides what’s called a one-pedal driving in its Bolt EV. Most internal combustion engine vehicles glide for a considerable amount of range when one’s foot is taken off the accelerator, but most electric vehicles stop almost immediately to transfer the kinetic energy back to the battery pack.

To support the one pedal driving function, the Bolt has added an extra gear setting on the gear shift that can generate a clean brake.

With the stick on the new setting “L,” the car instantly stops when one’s foot is taken off the accelerator. Drivers can also activate immediate braking with a designated paddle behind the steering wheel.

This function is certainly a wow factor because there is no comparable feature in any other electric vehicles in the market. Not to mention, this kind of braking might even extend the driving distance of the Bolt’s electric battery, which is already the longest-lasting in Korea’s EV market. It does require some practice for drivers, though, before they take the car out on congested urban streets.

While the battery’s functionality and long driving distance are laudable, the Bolt is not an eye-catching product in terms of design and technology. Its exterior resembles an enlarged version of the compact vehicle Spark, with a pointy and sturdy-looking frontal face and side lines pointing upward to give it a sportier side look. 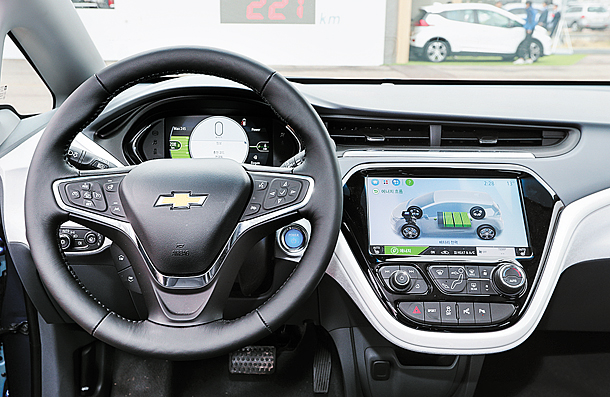 While its 8-inch driver-facing digital gauge cluster and 10.2-inch touchscreen on the center console kind of feels high-tech, the screens are not equipped with built-in navigational functions. Drivers will have to connect their phones to the car, and even then, only users of the Apple iPhone can link the phone with the CarPlay app. Android users won’t be able hook their phones up to the car.

The Chevrolet Bolt EV starts at 47.8 million won ($42,000). With government subsidies for electric vehicles, it can go down to the 20 million won range.