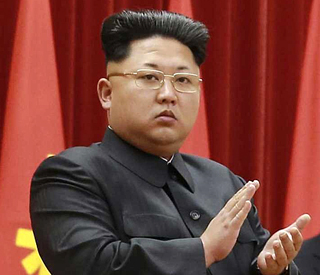 Part 1: How Kim sustains his power

Every other Monday, Ko Soo-suk, a North Korean expert at the JoongAng Ilbo Unification Research Center, will provide an in-depth look at one of the most reclusive nations on the planet. The analyses are based on the senior journalist’s two decades of reporting on North Korea. -Ed.

How does Kim Jong-un remain in power?

Shortly after the young leader inherited the throne following his father’s death in December 2011, Kim purged then-Chief of the General Staff of the Korean People’s Army, Ri Yong-ho, in July 2012. In 2013, he purged and executed his own uncle Jang Song-thaek, then chief of the Central Administrative Department in the Workers’ Party.

Kim went on solidifying his control through the purges of Defense Minister Hyon Yong-chol and also Pyon In-son, head of operations in the Korean People’s Army.

State Security Minister Kim Won-hong, the force behind all of these purges and execution, seemed to suffer the exact same fate when he failed to show up at a meeting of the Supreme People’s Assembly, North Korea’s parliament, on April 11. Local government officials said he was purged for filing false reports to the leader and sent to a political re-education prison camp.

But the spy chief reappeared in state media April 15, standing just a few steps away from Kim Jong-un as he watched a military parade in the North Korean capital of Pyongyang that celebrated the 105th birth anniversary of founder Kim Il Sung, Kim Jong-un’s grandfather.

South Korea’s Ministry of Unification, which handles inter-Korea relations, said it wasn’t certain whether Kim Won-hong had returned to his former post. Four stars were on his uniform that day, which would suggest he did. 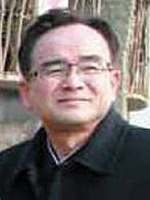 When leader Kim Jong-un decides to eliminate someone from a post, the Organization and Guidance Department (OGD) of the Workers’ Party, known as jojikjidobu in Korean, puts the order into action. Kim’s muscle is exerted by this division, which is composed of nearly 1,000 people, along with surveillance and control over appointments. It is one of the most exclusive and powerful organs in North Korea.

The OGD is even higher up the totem pole than the military. Every Saturday, soldiers and military officials gather for “self-criticism” sessions in which they reflect on their past week and confess any wrongdoings. The OGD is in attendance and documents any hints of antigovernment sentiment. That is why in North Korea, a coup is hard to engineer. 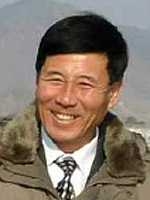 Among the OGD’s executives are first deputy directors Jo Yun-jun and Kim Kyong-ok, and deputy director Jo Yong-won. Most North Korean officials currently serving as leaders of core government groups gained experience at the OGD in one way or another. That includes Hwang Pyong-so, director of the Korean People’s Army’s General Political Bureau; Pak Yong-sik, minister of the People’s Armed Forces; Jo Nam-jin, vice-director of the Organizational Department of the Korean People’s Army’s General Political Bureau; Kim Su-gil, chairman of the Pyongyang City Committee of the Workers’ Party; and Pak Thae-song, chief of the Workers’ Party’s South Pyongan Province Committee. 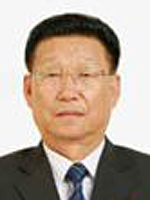 Only the right kind of person can work for the OGD. Membership requires having no experience abroad, and officials are banned from coming into contact with anyone that’s returned from a foreign land. Among the very few exceptions is Ri Yong-nam, who formerly served as secretary of the Workers’ Party at the North Korean Embassy in Moscow. Ri was exempted from the rule because his father was Ri Je-kang, who formerly served as first deputy director of the OGD.

Most members of the OGD are from the Three Revolutions Team Movement, or the samdae hyeokmyeong sojo undong, which refers to ideological, technical and cultural revolutions. Composed of young revolutionaries and elite members of the Workers’ Party, Three Revolutions Teams were dispatched to factories, villages and companies for on-the-spot “guidance” - meaning snooping - paving the way for Kim Jong-il, father of Kim Jong-un, to solidify his control over the nation. 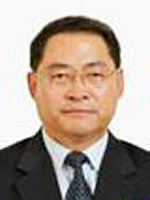 The Three Revolutions Team Movement was the brainchild of Kim Jong-il and modeled after China’s Red Guards, militant university and high school students formed under the Chinese Communist Party to spread Mao Zedong’s socialist vision during the Cultural Revolution. Kim Il Sung found inspiration in the Red Guards, which he shared with his son.

Kim Jong-il would later go on to establish a division dedicated to the Three Revolutions Team Movement within the OGD, from which several members rose to gain power in North Korea’s inner-circle today.