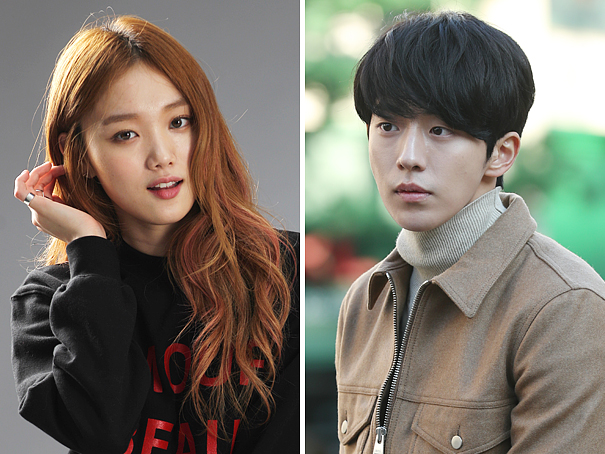 Actors Nam Joo-hyuk and Lee Sung-kyung have reportedly been in a relationship for the past five months, according to sources close to the couple.

The two starred in the MBC drama “Weightlifting Fairy Kim Bok-joo,” and are rumored to have started dating in January.

Both actors are managed by YG Entertainment, but as of yesterday, the agency didn’t have much to say, simply saying “we will confirm the rumor after checking it with the actors.” Both actors have remained silent as well.

Lee is a supermodel-turned-actor, having walked in numerous fashion shows. She debuted as an actress in the 2014 SBS drama “It’s Okay, That’s Love.”

Lee earned nation-wide recognition in her role as Baek In-ha on tvN’s drama rendition of webtoon “Cheese in the Trap.”

Nam is also an actor who first debuted as a model. After a series of male models successfully made the transition to acting, including the likes of Kim Woo-bin, Lee Soo-hyuk and Lee Jong-suk, Nam also tried his hand at acting through the 2014 tvN drama “The Idle Mermaid.” Nam also starred in “Cheese in the Trap” alongside Lee.