Beethoven buff to play all 32 sonatas

Beethoven buff to play all 32 sonatas 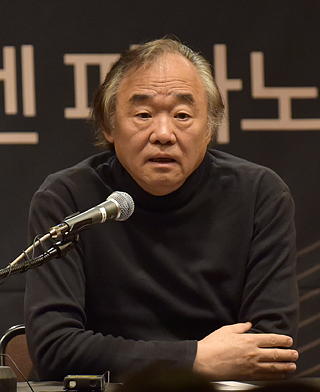 Korean pianist Paik Kun-woo, 70, who is known as a deep devotee of Ludwig van Beethoven and his music, will be coming back after 10 years away from the stage to showcase all 32 of Beethoven’s piano sonatas in Seoul for eight days starting on Sept. 1 at the Seoul Arts Center.

Back in 2007, when he played the whole piano sonata for seven straight days, it attracted a huge crowd of classical music aficionados, and more than 600 people went to all eight concerts.

There’s a reason why Paik is doing it once again, 10 years after.

“The title of the concert is ‘Endless Journey,’” said Paik. “That’s because it’s an endless journey to learn and understand great works, especially Beethoven’s. Sometimes when you look out the window at familiar scenery, you can discover new scenes that you’ve never noticed before. That’s how I feel about Beethoven’s piano sonatas.”

There are numerous interpretations of how to program Beethoven’s piano sonatas. Most of the time, it is not played chronologically from No. 1 to 32. For the upcoming performance, Paik will start with No. 20, 1, 19, 15 and 8 on the first day, followed by No. 5, 3, 12 and 14 the next day.

“All 32 pieces are unique in their own way and are very independent,” said Paik. “It’s like one full-length album that allows people to understand Beethoven’s life. So I programed the order to take the audience on a journey with me, of looking at Beethoven’s life story and the drama for a week. It will be a musical experience, and also a human experience.”

Another difference for this performance is that Paik is also touring across the country, performing about four piano sonatas in each region. Since March 29, he has visited South Chungcheong, Jeju and Busan. When he arrives at the Seoul Arts Center for the week-long performance, he will have held 19 performances in other parts of the country.

“I didn’t want to focus on just one region,” he said. “I wanted everyone in Korea to have the opportunity to hear at least few of Beethoven’s piano sonatas.”