‘Biggest EDM club in the world’ heading to Incheon

‘Biggest EDM club in the world’ heading to Incheon 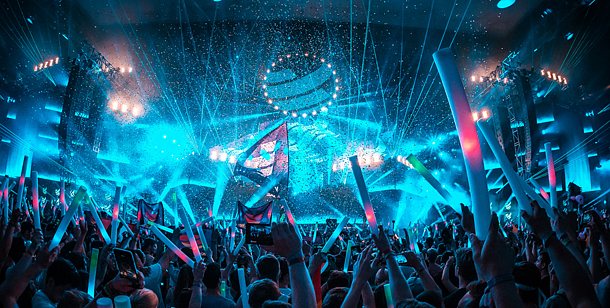 As the number of electronic dance music (EDM) fans grows in Korea, a number of foreign EDM festivals such as the Ultra Music Festival have been introduced over the past few years. This September, a new EDM festival, or as the organizers put it, “the biggest EDM club in the world” is coming to Korea from Germany.

The World Club Dome, organized by German EDM radio station BigCityBeats said it has earmarked Korea as the first destination in Asia for its club dome after witnessing EDM’s surging popularity here. World Club Dome is an annual dance music event held in Frankfurt, Germany, that gathers about 150,000 EDM fans every year.

“Our concept is not to go to every country and do the World Club Dome,” said Bernd Breiter, CEO of BigCityBeats who recently visited Seoul for a media event. But after hearing about EDM’s popularity here, Breiter said that they “wanted a counterpart in Asia” and saw Korea as a possibility.

“We are not looking to license (the event) in every city,” Breiter added stressing that its aim is to bring the event for a few days in a different region for a change.

The lineup of top DJs includes Martin Garrix, whose popularity is at an all-time peak. Others include Afrojack, Armin van Buuren, Dimitri Vegas, Steve Aoki and many more.

Ahn Yang-gyu, head of MPC Partners, explained that over the three days there will be 20 different performances to cover the diverse genres within electronic dance music.

“I was quite surprised at the fact that there are different genres of EDM,” said Ahn. “Some like hardcore EDM, while some like more downtempo, or electroacoustic and so on. So different stages will appeal to a wider swath of EDM fans.”

Although most music festivals are concentrated in Seoul, World Club Dome will be held in Incheon as it has the most adequate venue to play loud electronic dance music with the genre’s frequent ear splitting moments.

“Because the Munhak Sports Complex is located quite a distance from residential areas, the noise regulations were less restricted than other popular venues like the Olympic Stadium in Seoul,” explained Ahn. “Because it’s a ‘club,’ we have to remain open until 6 a.m., and considering all the must-haves of a club, like the loud music, club lighting and the hours of operation, Munhak was the perfect location.” The event will start at 4 p.m.

Yeeun, a former member of the now-disbanded group The Wonder Girls, who recently gave herself a new stage name Ha:tfelt, will be collaborating with German DJ Le Shuuk on one of the stages at the upcoming event in Korea.