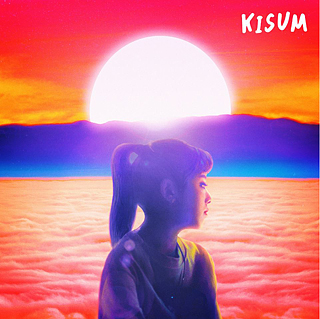 Despite appearing on Hip-hop competition programs “Unpretty Rapstar” and “Show Me The Money,” Kisum didn’t seem to firmly settle as a rapper among other powerful female vocalists, but she flaunts her evolution on this new release. Shedding her cute image for a more mature and feminine voice, the 23-year-old rapper is back with her 2nd mini album “The Sun, The Moon.” Love may be a universal emotion, but in this album, which she composed and wrote the lyrics for, she shares her personal thoughts, experiences and dreams about love.

Consisting of five tracks, the title song of this album “Sleep Tight (Feat. Gilgubonggu)” is about a love so strong that makes one want to dream the other’s nightmares for them. Her groovy, mellow rap is followed by a chorus from the duo Gilgubonggu, who have been called the “Kings of Chorus,” adds depth and soul to the song.

In the track “The Sun, The Moon In Love (Feat. Pizza),” she raps about falling in love with a man who is completely different from herself.