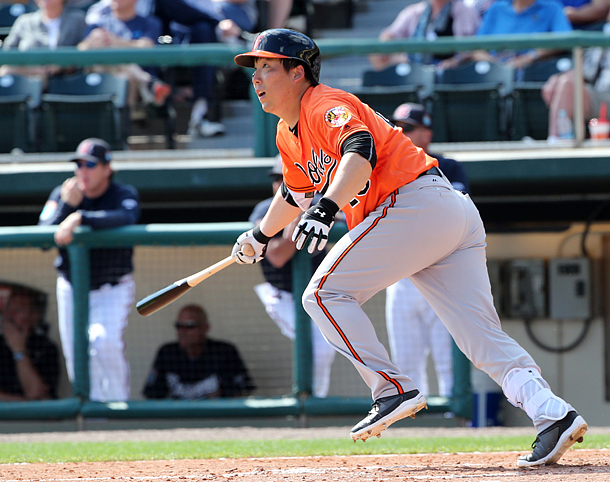 It was a stellar Monday for two of Korea’s biggest stars in Major League Baseball, Kim Hyun-soo of the Baltimore Orioles and Ryu Hyun-jin of the Los Angeles Dodgers, as they played their best games yet of the season, but their outstanding performance led their teams to two very different results. 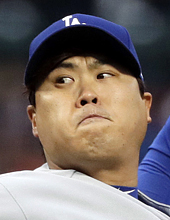 Kim hit his first home run of the season during the Orioles’ match against the Tampa Bay Rays in Baltimore on Monday and led his team to a 6-3 victory over the Rays.

On the other side of the coast in San Francisco, Ryu pitched his strongest game of the season yet for the Dodgers, but the team walked away with a 2-1 loss against the San Francisco Giants.

At Camden Yards, Kim got his first chance in four games to be part of the starting lineup as the Rays deployed their right-handed pitcher Chris Archer as their starter. Archer is a reliable pitcher, having earned 31 wins while pitching a total of 607 innings over the past three years. He was part of the U.S. team during this year’s World Baseball Classic.

Kim hit a flyout in the second inning and received a walk in the fourth. His home run didn’t come until the sixth inning when the Orioles were down 3-1. After two balls and a strike, Kim smacked Archer’s fastball over the right fence and out of the park.

The 29-year-old hitter’s first homer of the season came earlier this year. Last year, Kim hit his first home run on May 30 against the Cleveland Indians’ Jeff Manship, who is now a pitcher for the NC Dinos in the Korea Baseball Organization.

Kim’s home run helped the Orioles pick up their momentum. During the seventh inning, Jonathan Schoop and Adam Jones hit two back-to-back home runs, and by the time Kim was switched out with Craig Gentry at the top of the ninth, the Orioles were leading 5-3. Kim’s home run was his only hit in the game and improved his batting average from 0.261 to 0.269 with three RBIs.

The Orioles’ win over the Rays maintained their lead in the American League. The Orioles will play another game against the Rays at Camden Yards on Tuesday at 7 p.m., local time (today at 8 a.m., Korea time).

Meanwhile in San Francisco, Ryu of the LA Dodgers lost his fourth consecutive game despite his strongest showing in the season during their game against the San Francisco Giants at AT&T Park on Monday. Ryu had his first quality start of the season, giving up one run on five hits and one walk while striking out three in six innings.

The 30-year-old pitcher was throwing at his fastest in four games and pitched some powerful change-ups, improving his ERA from 5.87 to 4.64. But Ryu hasn’t had much luck with winning as the Dodgers’ batting lineup remained silent throughout the game.

Ryu was switched with Adam Liberatore at the bottom of the seventh, when the Dodgers were down 1-0. The Dodgers did score a run, but by allowing an additional run to the Giants, Ryu had again cost the Dodgers the game for a fourth time.

Ryu is ranked in the bottom of the league when it comes to run support. When Ryu plays as the Dodgers’ starting pitcher, the batting lineup scores 2.00 runs on average.

Looking at the Dodgers’ previous game, they had been averaging 4.47 runs per game and the team is ranked seventh in OPS at 0.736. But whenever Ryu appears as the starting pitcher, they somehow can’t perform.