E Sens announces he is working on mixtape

E Sens announces he is working on mixtape 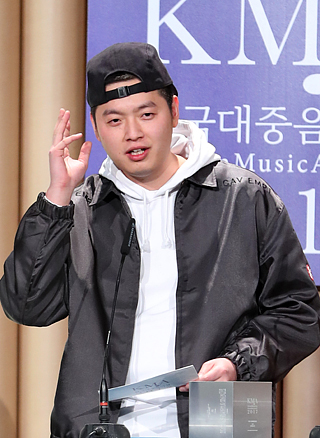 Regarded as one of the most skilled rappers in Korea, E Sens warned his competitors about his upcoming mixtape, slated to be released in August.

The project, with the working title “Stranger,” is the rapper’s first musical release since being released from prison last October and a follow up to the critically acclaimed album “Anecdote.”

In an Instagram Live session hosted yesterday by the rapper, he told the viewers to get ready for the new mixtape. Along with that, he fired warning shots to his competitors. “If ‘Stranger’ gets released, at least five rappers will need to go into retirement.”

He described further, “They only copy what has been done before. ‘If [United States rappers] Kendrick Lamar and Travis Scott did it, I’m going to do it too.’ That is what they’re thinking. Five or seven rappers will have to retire once the album comes out.”

E Sens was imprisoned for a year and a half for repeated possession and smoking of marijuana in 2015.