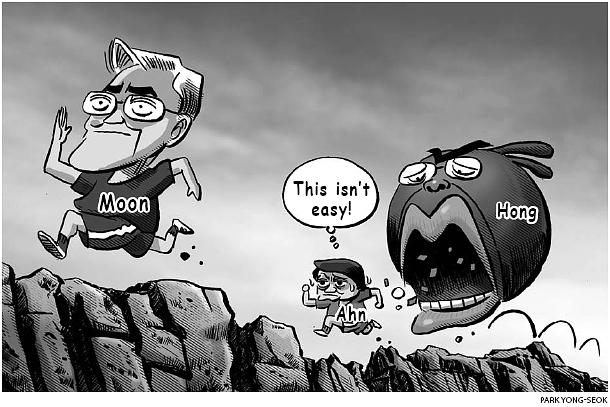 After polls showed a significant portion of voter support for Ahn Cheol-soo of the People’s Party had shifted to Hong Joon-pyo of the Liberty Korea Party after four debates, Ahn is increasingly worried with 12 days left before the presidential election. Moon Jae-in of the Democratic Party is still the frontrunner.