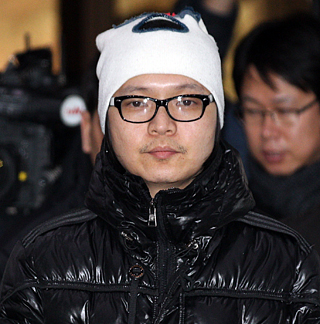 An entertainer who had his career cut short due to illegal gambling charges, Shin Jung-hwan, has made a decision to come back to television after signing a deal with a new agency, Koenstars.

According to sources in the television industry on Wednesday, Shin was reported to have signed a deal with a mega entertainment agency which also creates its own content.

That rumor was confirmed by Koenstars yesterday, who released an official statement which read, “We have had a close friendship with Shin for some time. For the seven years that he was away from the television industry, we saw him grow through trial and error, and eventually saw more potential. We were able to persuade him and sign him.”

Shin expressed gratitude to the fans and the agency. “I missed the fans a lot and I also regret a lot. I want to apologize to the people that I have disappointed.”

Shin debuted in 1994 with the performance group Roo’ra. He shined on entertainment shows with his witty jokes and ability to react instantly to situations, earning praise from fellow entertainers as one of the best in the business.

However, Shin had to put a stop to his appearances as he was caught gambling illegally for the second time in 2010. Since then, he expressed no desire to come back to television and Korea, focusing on his own cafe business in Singapore, which he opened in 2014.