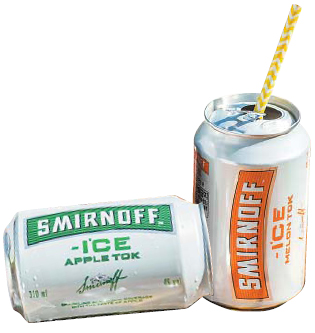 Diageo, producer of the popular ready-to-drink beverage Smirnoff Ice, is introducing two new flavors of the drink specifically for the Korean market.

Both flavors are Korea-exclusive. The company says the new apple flavor is distinct from the existing green apple variety that is already out in the Korean market.
“Koreans tend to enjoy light drinks these days, and this product reflects that trend,” said Cho Kil-soo, CEO of Diageo Korea. “It will also contribute to the ongoing trend of drinking alone.”