From the production team behind legendary crime films “Nameless Gangster: Rules of the Time,” and the 2013 crime thriller “New World,” comes another crime-themed film, this time a comedy. Lee Sung-min, best known for the TV series “Misaeng,” plays the role of Dae-ho, a nosy former detective, who lost his job due to a demanding investigation. After he was fired, he returns to his hometown in Busan, and considers himself the new sheriff in his town, acting as a guardian around the neighborhood.

One day, upon the arrival of a successful businessman from Seoul, Jong-jin (Cho Jin-woong), to construct a new beach town, a rumor that there are drugs around the town begins to spread. A clash between Dae-ho and Jong-jin is inevitable, as he suspects Jong-jin as the mastermind behind this drug situation. Can Dae-ho prove that Jong-jin is behind the drug scandal, who is gaining trust among the people in the village?

The director of this movie Kim Hyeong-ju is best known for writing the script for the action film “Kundo: Age of the Rampant,” also featuring Cho and Lee. Cho is best known for his roles in the film “The Handmaiden” and “Assassination” and also on the tvN TV series “Signal.” 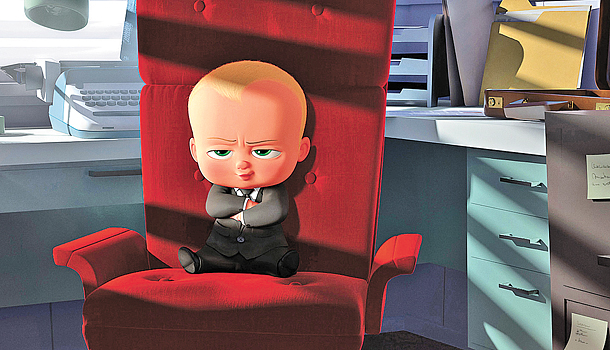 The Boss Baby (All)

From the Dreamworks Animation and the director of the animation “Madagascar” the 59-year-old American actor Alec Baldwin voices an unusual baby in this comic animation inspired by the picture book by Marla Frazee. Boss Baby, who wears a suit and carries a briefcase, is actually on a secret mission from Baby Corp. Voiced by Miles Bakshi, Tim, the seven-year-old boy, is devastated as all the attention from his parents is now on the Boss Baby, who is now his little brother.

Suspicious of how the baby acts around him, Tim finds out that the baby can actually talk like an adult, and that he is on a duty sent by Baby Corp. to investigate and put an end to Puppy Co., a company that is planning to launch a ‘forever puppy’ which can replace babies. As the Boss Baby tries to concentrate on his mission, Tim is devising a plan on how to get rid of the Boss Baby. How will the battle between the baby and the seven-year-old boy end? 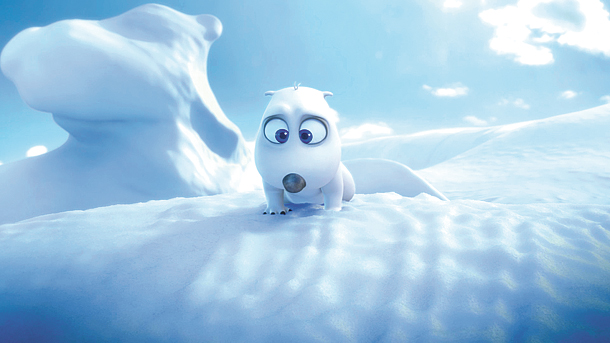 Backkom: The Secret Agent (All)

The curious and adventurous polar bear Backkom is back, and this time, the fate of the earth is in the hands of the troublemaking bear. Backkom, who works at the national intelligence agency as a janitor, dreams of becoming a spy some day. One day, an unidentified group of villains appear and threaten the fate of earth with ice bombs. Luckily, Backkom is the only one who can penetrate to the villains’ base camp, polarstar.

As Backkom is faced with unpredictable mission and tough tasks, he begins to show off the potential skills he had in him. Can he save the world from the villain’s leader, White?

Previous animations featuring Backkom have been nominated for a number of awards, including Best Animation Series at the Stuttgart Festival of Animated Film in 2006 and was also a finalist at the Annecy International Animation Festival.

Marvel’s action-packed superhero blockbuster featuring the half-human and half-alien Star-Lord, also known as Peter Quill (Chris Pratt) and his epic gang of extraterrestrial misfits fighting against the villain Ronan the Accuser, is back with a sequel. Unlike other superhero films which deal with the battle between two groups, this sequel portrays the relationship among the characters.

The Guardians of the Galaxy consists of Gamora (Zoe Saldana), Drax (Dave Bautista), the raccoon Rocket (Bradley Cooper) and the tree-like humanoid Groot, (Vin Diesel). This movie continues following the team’s adventures as they travel through the cosmos, and unraveling the mysteries behind finding out who Peter Quill’s parents are.

Jenny, played by Adele Haenel, is a young and successful doctor. On an ordinary day like no other, a door bell rings at the hospital, but she does not open up the door as it was past the hospital’s office hours. The next day, Jenny realizes that the woman who rang the bell was found dead by the police. Overwhelmed by guilt, Jenny begins to investigate who this woman might be.

Directed by the famous Dardenne brothers - Jean-Pierre and Luc Dardenne - who are known for portraying ethical themes based in realism, this film is a collaboration between France and Belgium.

This duo has received Palme d’Or at the Cannes Film Festival with the film “Rosetta” and “The Child,” both movies portraying the social problems in Belgium.

This film was invited to numerous film awards such as the Cannes, and also to the 18th Jeonju International Film Festival, which kicked off on April 27. 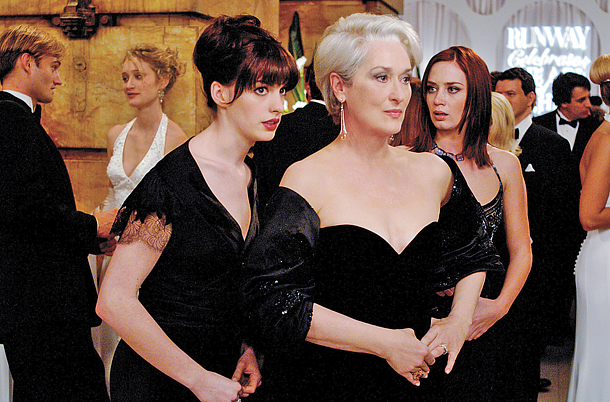 Andrea Sachs, played by Anne Hathaway, is a graduate of the Northwestern University, and an aspiring journalist. She gets an opportunity for a job interview as a junior personal assistant at the fashion magazine called the “Runway,” one that a “million girls would kill for.”

But she has to work for Miranda Priestly, played by Meryl Streep, who is infamous for her cold personality and demanding tasks. Andrea decides to take this job, work for a one year and later find another job as a reporter.

Unlike other girls working in the magazine, Andy dresses poorly and is bold, saying that she is not really interested in fashion. Among the fashion-conscious people, she gets ridiculed by fellow colleagues, such as Emily, played by Emily Blunt. The job itself is also demanding and she is given unrealistic tasks, like getting the unpublished manuscript for the Harry Potter series and getting a private jet for her boss from Miami to New York in the middle of a storm. Luckily, with the help of Nigel, played by Stanley Tucci, she gradually learns her responsibilities and adjusts her behavior, starting to dress more stylish and adapting to the new fancy life. Despite having a boyfriend, she flirts with a popular socialite and writer Christian Thompson, played by Simon Baker. How will Andy handle the new version of herself now that she has become the type of person that she used to make fun of?

This film is based on Lauren Weisberger’s 2003 novel with the same title. For this role, Meryl Streep was awarded at the Golden Globes for Best Actress in Comedy or Musical in 2007. 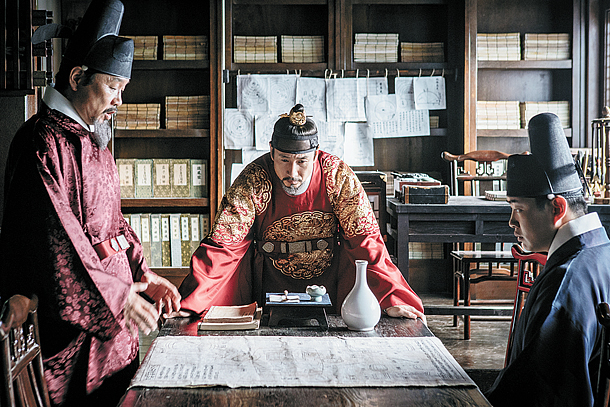 He might look like an average king, but his curiosity resembles that of a detective. King Yejong, played by Lee Sun-kyun, is more interested in solving mysteries than governing his country. As his assistant, a clumsy sidekick who is the gatekeeper of the palace’s documents, named E-seo, (Ahn Jae-hong) is chosen. He might look clumsy and naive, but he plays an important role at a decisive moment. Equipped with a photographic memory, he accompanies the king on his investigative journey.

One day, King Yejong hears about a strange rumor that is going around the city, that there would be an attempt to dethrone the king. To find out the truth, the dynamic duo sneaks out of the palace at night to investigate the truth behind this treasonous incident.

Known for his distinctive voice, this film is Lee Sun-kyun’s first historical movie, as he has mostly starred in romance films and TV shows, such as “Pasta,” and “All About My Wife.” Ahn has also appeared in films such as “Fabricated City” and Hong Sang-soo’s “On the Beach at Night Alone.”