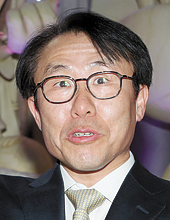 Children can be anything in KidZania — doctors, police officers, journalists or researchers — and paid for their services in the coin of the realm, kidZo.

KidZania is a theme park that allows children to gain work experience. There are two KidZania parks nationwide, one in Seoul and the other in Busan, offering 120 vocational facilities with 100 different jobs total.

“Seven years after KidZania opened, it has over five million cumulative visitors,” said Noh Hyeok-jin, the recently inaugurated president of KidZania. “This is thanks to staff members who work hard to make children and parents feel happy here.”

KidZania has added economic and business sectors, such as the e-kidZo Card Center and Smart Name Card Company. Due to these new facilities, the number of visitors to KidZania’s recently exceeded 5.45 million.

“A variety of career programs appropriate for this era attracted the attention of children and parents,” Noh said. “The visitors’ return rate is also high.”

He also noted that the growth of KidZania was thanks to its diligent supervisors.

“A few days ago, a child mistakenly pooped in the experience facility, and nearby supervisors quickly took steps to prevent the child from being humiliated,” Noh said. “Later, the word spread among parents that KidZania supervisors are very thoughtful.”

There are a total of 750 supervisors, mostly in their twenties. Many graduated with degrees in child education. Although they are non-regular employees, they have the advantage of being able to work in an experience center in their chosen field.

“Recently, two supervisors who worked at the Airline Experience hall were employed as flight attendants,” he said. “We also plan to hire women who have experience raising children as supervisors.”

Noh was previously a broadcast producer who produced famous current affairs programs such as “Human Era” and “PD Notebook.”

He said the common thread between broadcasting production and KidZania is creativity.