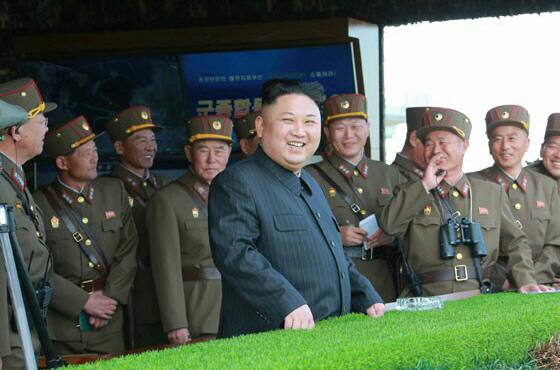 North Korea launched a ballistic missile on Saturday, which apparently exploded minutes after liftoff, according to South Korean and U.S. militaries.

"North Korea fired an unidentified missile from a site in the vicinity of Pukchang in Pyeongannam-do (South Pyeongan Province) in the northeastern direction at around 5:30 a.m today," the Joint Chiefs of Staff said in a statement. "It is estimated to have failed."

The U.S. Pacific Command also said it detected the launch from an airfield there.

"The missile did not leave North Korean territory," its spokesman Cmdr. Dave Benham said. "The North American Aerospace Defense Command determined the missile launch from North Korea did not pose a threat to North America."

The allies are analyzing additional information.

They added they are keeping a close eye on the possibility of additional provocations from the North and maintaining a combined defense posture.

Saturday's provocation represented the North's another missile launch in two weeks following a failed test from its east coast.

It came as the U.S. naval strike group, led by USS Carl Vinson aircraft carrier, is approaching the waters near the peninsula in a show of force against Pyongyang.

It was the communist nation's 50th-known round of ballistic missile firing under Kim Jong-un's rule.