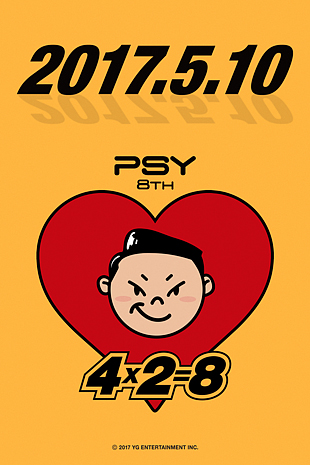 Psy of the 2012 pop sensation “Gangnam Style” will release his eighth full-length album next week, marking his comeback after a year-and-a-half hiatus, his agency said Monday.

YG Entertainment said the South Korean singer-rapper, whose real name is Park Jae-sang, will release his new album on May 10. The company uploaded a teaser image with a cartoon image of Psy and the date on its official blog.

Psy became a global sensation with “Gangnam Style,” a music video that has gotten more than 2.8 billion views on YouTube. His other hits include “Gentleman,” “Hangover” and “Daddy.”

Psy’s past music videos have featured several prominent Korean celebrities. He worked with HyunA, a former member of 4minute, for his “Gangnam Style” video and Gain of Brown Eyed Girls for “Gentleman.” Yonhap