SKT taps the Internet of Things

SKT taps the Internet of Things 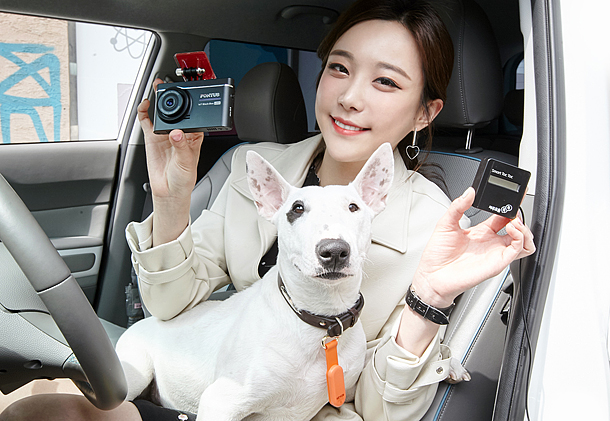 SK Telecom is planning more than 30 new devices and services that operate on its Internet of Things platform as the IoT market grows rapidly. The mobile carrier is hoping to take the lead in the early stages of the technology.

IoT enables people to track data in real time by installing sensors on products and connecting them on internet networks.

On Monday, the carrier showed off three new devices that could track people, pets and cars easily in hand.

One of them is Keyco, a keychain-like device that can track anyone who wears the device. The device could be useful in tracking young children, the elderly and pets, which move around a lot.

While there were some other products already on the market with similar functions, Keyco is smaller than the other devices, the company said, and comes with a key-ring design that makes it easier to attach to clothing. The product also is waterproof and is able to alert parents or others. The device is priced at 69,000 won ($60.60) with a monthly usage fee of 1,900 won.

SK’s other two devices are for cars. The Smart TocToc, developed with local partner Teralink Communications, notifies drivers of any impact to the car to help them respond quickly to accidents even when the car is parked. The device, installed on the inner side of the front mirror, also sends drivers messages to move the car when someone knocks on the window. It can be useful for drivers who are not comfortable with leaving their contact information when they park at crowded places. The new IoT Black-Box, developed with local partner Mobile Appliance, also notifies users of any impact from the outside, in addition to its original function of recording outside situations.

The new services operate on LoRa at a relatively cheaper price, according to the company. SK Telecom has two networks catered to IoT, a more expensive and high capacity LTE-M and LoRa, which covers relatively smaller data but at a cheaper price.

“Compared to using services on a LTE [long-term evolution] network, the LoRa offers IoT-related services at about half the price,” a spokesperson from SK Telecom said.

The company established the LoRa network in June and has since released 22 IoT-related devices and services operating on the network. While most have so far been devices catered to industrial purposes, like those used in factories to monitor productivity, the company has plans to expand the services in the commercial sector to be used in homes.

Rivals KT and LG U+ are both working to commercialize a so-called NB-Io network, a rival to LoRa, to expand their own ecosystem of IoT devices and services.