Lee and Jo are married, expecting

Lee and Jo are married, expecting 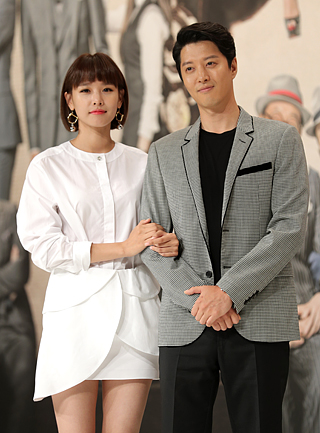 Although the couple only confirmed dating rumors in late February, actors Lee Dong-gun and Jo Yoon-hee announced yesterday that they are already legally married and that Jo is pregnant.

The news was announced to the world by Lee himself in a lengthy post on his fan page detailing his relationship with Jo.

“Jo and I, who built our relationship through love and trust after first meeting on [the set of] a drama, recently registered our marriage, and became legally wed. While preparing for our wedding, we were blessed with a child.”

The two were cast as husband and wife in the KBS Drama “The Gentlemen of Wolgyesu Tailorshop,” and confirmed dating rumors soon after the show finished in February.