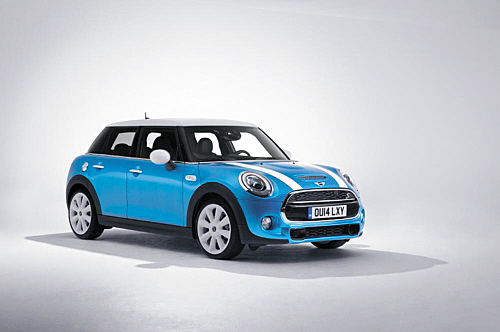 BMW Korea exaggerated the fuel efficiency of its popular Mini Cooper D 5-Door model and Korea’s Transport Ministry slapped the German carmaker with a 102 million won ($90,200) penalty, which is 0.1 percent of the sales of that model.

BMW Korea will also compensate owners of the model 385,000 won each for the extra gas they will need to use.

The Ministry of Land, Infrastructure and Transport said Tuesday that it found a discrepancy between the fuel efficiency claimed by BMW Korea and the actual rate as tested by the ministry.

The carmaker initially said the five-door vehicle’s fuel efficiency was 32.4 km/l when driving on highways but the ministry found the actual rate was 29.3 km/l, 9.4 percent lower.

If there’s a gap of more than 5 percent between the fuel efficiency claimed by a carmaker and the tested efficiency, a carmaker faces a fine.

In urban driving, the model’s fuel efficiency was 23.1 km/l, according to ministry tests, 2.4 percent lower than BMW Korea’s claim of 23.7 km/l.

The combined fuel efficiency was claimed to be 19 km/l, but the Transport Ministry said the actual number is 18.1 km/l, which is 4.7 percent lower than advertised.

“The amount of compensation was based on the fuel usage difference between the actual efficiency and what we initially claimed under the premise that the car will drive 100,000 km for the next five years,” a BMW Korea spokesman said. “We added a little more as a means to express our apologies to our customers,” the spokesman added.

BMW Korea has suspended sales of the problematic model since late last year when the ministry started its investigation into its fuel efficiency.

With a new fuel efficiency claim, the carmaker will re-start selling the model from mid-May, according to BMW Korea.