Keeping up with revolution

Keeping up with revolution 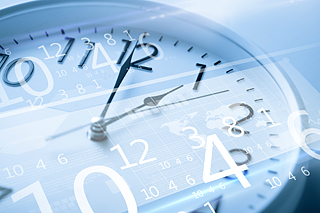 The 40,000 years of humanity since Homo sapiens sapiens emerged went by slowly. As the prime goal was survival, people distinguished the time when they have food and the time they don’t have food. Then, people divided seasons and then 24 subdivisions for farming. There had been only day and night, and when they had enough food for a mid-day meal, people started to have breakfast, lunch and dinner.

The Industrial Revolution changed time completely. The speed of machines made hours and minutes matter. There were attempts to slow down the changes, and a guide was assigned to steam engines. But it was not possible. The second industrial revolution of automation divided the time into seconds, and people became parts in conveyer belt. The skilled workers filled in between machines, and countless Charlie Chaplins were at work. This was also irreversible.

With the third industrial revolution of computers and the internet, time is in units that people cannot count. There is little room for people to get involved in the matrix spanning the entire globe. Growth without employment is only a matter of time. Before the panic subsides, humanity is faced with the waves of the fourth industrial revolution of artificial intelligence. AlphaGo-equivalents are preparing to replace humans in various fields.

Humanity changed slowly for 40,000 years, and once development started, we began running at a dizzying speed. At this rate, an amazing form of the fifth industrial revolution may come within the next two decades.

Again, I am not talking about the dismal future. Jeremy Rifkin predicted “The End of Work,” and he wrote in his 2011 book “The Third Industrial Revolution,” that “as we approach the middle of the century, more and more commerce will be overseen by intelligent technological surrogates, freeing up much of the human race to create social capital in the non-profit society, making it the dominant sector in the second half of the century.” While Rifkin may have changed his stance by now, I also believe that humanity will adapt to the overwhelming speed of changes and overcome the crisis. It is important to bring our minds together and be prepared.

But are we really ready? We don’t seem to be making efforts to keep up with the speed of time in the 21st century. We are not only slow but going backward, at least in the past 10 years. The Lee Myung-bak administration advocated “green growth” but poured 20 trillion-won ($17.7 billion) worth of concrete into the rivers around the country. The Park Geun-hye administration claimed, “once the concept of creative economy becomes clear, it will no longer be creative.” But the creative economy is about to die as no one knows what it is. What is certain is that it creatively ruined the nation.

A greater concern is that those who are bidding to take the helm of the nation are wearing outdated watches. Their watches are on different times, set to their own schedule.

Presidential candidates and the politicians supporting them are all backward. While they talk about the time for the people and the nation, they are only looking at their own watches.

They are not contemplating how to catch up with the fast-paced world and tackle the obstacles of Kim Jong-un, Donald Trump, Xi Jinping and Shinzo Abe. They are only interested in getting in the driver’s seat.

The new administration needs to accelerate without warm-up. It is troubling to get in the vehicle. We all need to be vigilant. Once the driver gets lost, the passengers need to take the steering wheel.