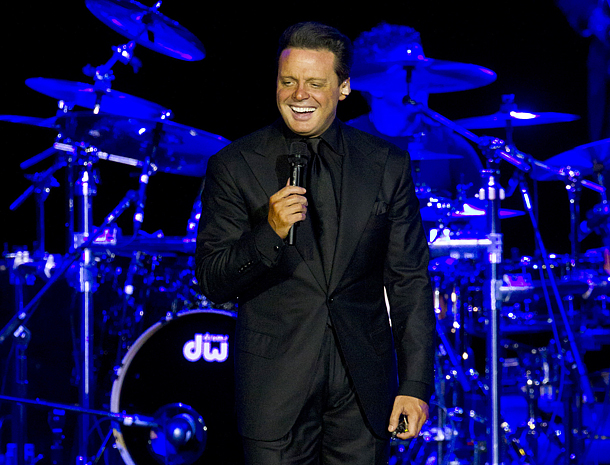 LOS ANGELES - Authorities say Mexican singer Luis Miguel was arrested by U.S. marshals on Tuesday and released on bond hours later in a case involving a dispute in which he has been ordered to pay more than $1 million to his former manager.

The singer, whose full name is Luis Miguel Gallego Basteri, surrendered Tuesday morning and later appeared before a federal judge in Los Angeles who had held him in contempt for failing to appear at court hearings, said Deputy US Marshal Matthew Cordova.

The five-time Grammy winner does not have an attorney listed in the court case and his record label declined comment.

He was released from custody Tuesday afternoon after posting bond, Cordova said. The amount of the bond was not immediately known.

Miguel was ordered to pay his former manager, William Brockhaus, more than $1 million in July 2016 by a federal judge in New York. Brockhaus’ attorneys sought to enforce the judgment in Los Angeles, where Miguel owns a home. In January, a judge ordered the singer to turn over a 2013 Rolls Royce to help satisfy the judgment.

Brockhaus sued Miguel in Texas in 2014, claiming the singer failed to pay him based on a 2012 management contract they signed.

Court records state the singer refused to accept court summons and did not appear for court hearings to determine his ability to pay.

Miguel, who has also won four Latin Grammys and is known as “El Sol de Mexico” (The Sun of Mexico,) has sold more than 100 million records worldwide and enjoyed a successful career in multiple genres, including pop, mariachi, ballads and boleros. AP