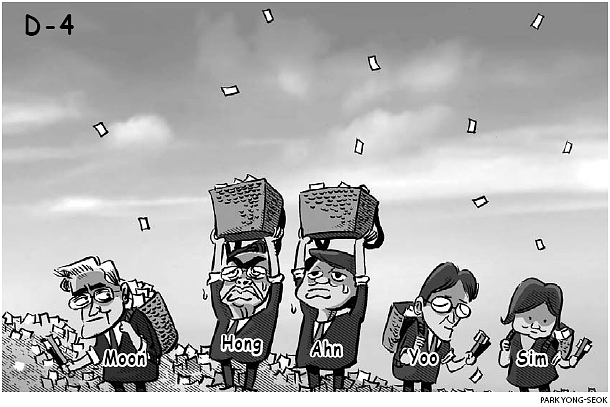 While Moon Jae-in of the Democratic Party enjoys a solid lead of 40 percent in polls, runners-up Hong Joon-pyo of the Liberty Korea Party and Ahn Cheol-soo of the People’s Party have less than 20 percent approval. Yoo Seong-min of the Bareun Party and Sim Sang-jeong of the Justice Party are even further behind.