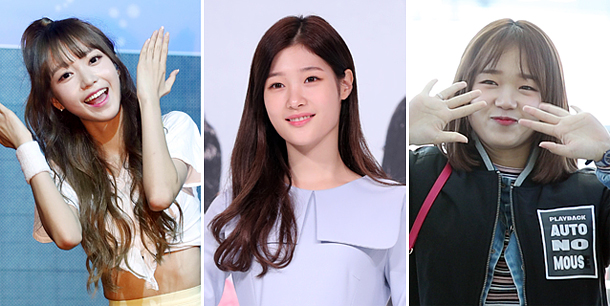 As the second season of the boy group audition program “Produce 101” started releasing under-performing acts, the production team behind the show cast former contestants of season one as special MCs for yesterday’s episode.

Episode five of the show aired yesterday, and of the 101 contestants, only the top 60 were allowed to stay. The special MCs from the previous episodes, Choi Yoo-jung, Kim So-hye and Kim So-hee, announced the survivors.