Sangchu returns to TV after four years away

Sangchu returns to TV after four years away 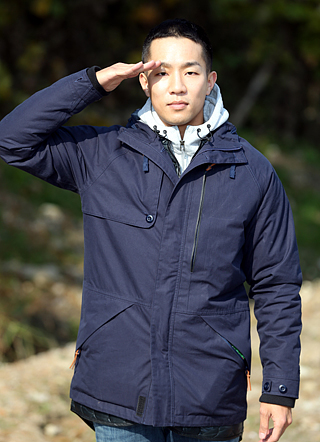 Member of singing duo Mighty Mouth, Sangchu, will feature in an entertainment show, with the filming completed yesterday. It is his first appearance on TV in four years and first activity since being involved in a scandal for visiting a massage parlor during his military service in 2013.

According to sources in the television industry, Sangchu has recently finished filming “Jukebox” for skyTV, which features guest singers who talk about their life and sing songs. Many will be curious as to what Sangchu will have to say about his past.

Sangchu was originally ordered to serve alternate duties as he was ruled unfit for action, but expressed his desire to serve in the military and had his wish fulfilled after re-examination. But during his service he was found guilty of visiting illegal massage parlors that provide adult services with fellow soldier and K-pop star Se7en, and was sentenced to 10 day military jail sentences and had his mandatory military service extended.

This incident also saw the abolishment of the Defense Media Agency, a unit that has been home to celebrities while they served their military service. “The promotional support brigade was set up to promote the military and raise the morale of soldiers, but due to the issues that have occurred, the military’s reputation has only been tarnished,” read the official army statement on the issue.