Swizz Beatz to host ‘Show Me the Money’

Swizz Beatz to host ‘Show Me the Money’ 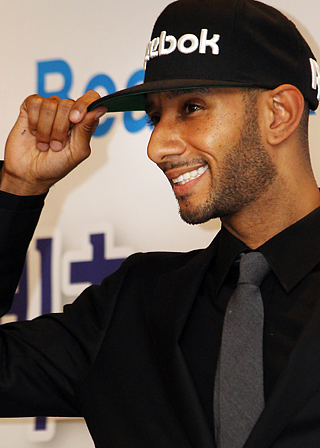 Hip-hop heavyweight producer Swizz Beatz, who has produced hit songs for Madonna, Britney Spears and Eminem, will feature in the upcoming season of “Show Me the Money,” a hip-hop audition program, as a judge for the preliminary stages of the New York auditions.

A source in the music industry told Ilgan Sports, an affiliate of the Korea JoongAng Daily, that “Swizz Beatz will be the judge for the New York auditions for Mnet’s “Show Me the Money” held tomorrow.”

The program has a habit of inviting heavyweights from the American hip-hop industry to act as judges for their American auditions. In the last season of the franchise, it was able to bring on four-time Grammy Award winning producer Timbaland as a judge.

The two-day domestic auditions finished on April 30. After the New York auditions tomorrow, the Los Angeles auditions will be held on Tuesday. Further schedules for the show have not been announced.