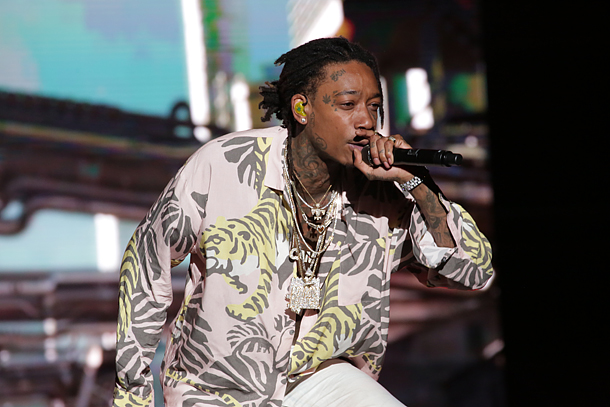 The calendar still says spring, but it might as well be summer with the mercury hitting 30 degrees Celsius (86 Fahrenheit) and music festival season already underway.

Under blue skies and blazing sun on a hot sticky Wednesday afternoon, the Seoul Sessions Live Music Event, one of many outdoor music festivals beckoning the arrival of summer, kicked off at Seoul Sports Complex in Jamsil, a neighborhood in the southern part of the capital. The event was organized by Mixmag Korea, the local outfit of the monthly British electronic dance and clubbing magazine which also hosts live shows.

From the get go, there were a few logistical snags that hampered enjoyment of the festival, leading some to openly ponder if they were about to get themselves in their own Fyre fiasco. A few complained that they couldn’t figure out where to get their tickets, and once inside, the festival’s in-house payment system, Mixmag Card, proved to be a nightmare.

The idea was that all transactions at the festival for food and beverages would be done through Mixmag Card, a system developed with local smart card services provider Kona. Food trucks and stands at the festival refused to accept any other payment methods, save for cash.

The system fared well early in the day around 3 p.m. when crowds were thin. Early arrivals settled into their seats with glasses of beer and enjoyed performances from rappers DPR Live and Bill Stax, who also brought out a few surprise guests: Just Music label mates C Jamm and Genius Nochang.

As their set ended and French electronic music group Club Cheval took the stage, the dinner rush was setting in, and a large swath of the audience migrated to the food trucks to grab a bite before the headline acts began.

They ended up waiting much longer than what they had bargained for. As the lines began to snake into concentric circles, festivalgoers were growing increasingly irritated. It took an hour just to get a 5,000 won ($4.40) Bavaria beer. Though the price was reasonable, the wait was not. 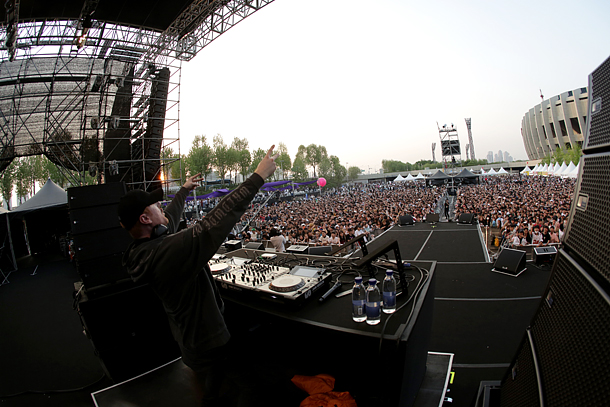 British DJ Joyryde gets the crowd going with his set. He had the longest performance at the festival, with 90 minutes of non-stop music. [MIXMAG KOREA]

The cause of the long slow-moving lines appeared to be a malfunction in the Mixmag Card system, which led festivalgoers to fumble through their wallets for whatever stray cash they had.

As Club Cheval finished their set, many on the lines just simply gave up and migrated back to the stage area, where British DJ Joyryde was starting his set. Soon, the hungry audience forgot all their inconveniences as Joyryde fed them witty transitions and mixes from familiar hip-hop tracks. His intense mashups and mixes got the crowd going for 90 minutes.

As Joyryde said his good-byes laced with f-bombs - no doubt reflecting the sentiment of many in the audience about the festival’s logistics - and the sun began to set, Korea’s top rappers joined the show.

BeWhy, winner of the most recent season of the hip-hop audition program “Show Me the Money,” performed what he said was his “hit-song medley” and debuted a new single scheduled to be released on May 10. After him came rapper and producer Zico, whose performance was met with loud applause, a testament to his status as the “hottest rapper” in the game.

However, the cheers were nothing compared to the thunder that greeted the headliner, Wiz Khalifa. As soon as he began his set with the recent hit single “Bake Sale,” the crowd was erupting in screams. “At my bake sale yeah!”

A procession of his smash hits followed with a remix of “Molly,” “Black and Yellow” and “We Dem Boyz.” The audience was entranced, bobbing their heads up and down and following along with the lyrics. The crowd’s singing was so powerful that it even engulfed Wiz Khalifa’s voice when he started belting out the hook in “Work Hard, Play Hard.”

The highlight of the performance was undeniably “See You Again” and “Young and Wild and Free.” One might have sworn that the words to these two songs, arguably Wiz Khalifa’s most popular in Korea, were being echoed not just in Seoul Sports Complex but the whole neighborhood of Jamsil.

Although the music performances satisfied fans, the slip in the payment system marred what otherwise could have been a marvelous festival by Mixmag Korea. Granted, this is only the operator’s second year, and it will be interesting to see how the organizers pick themselves back up next year.