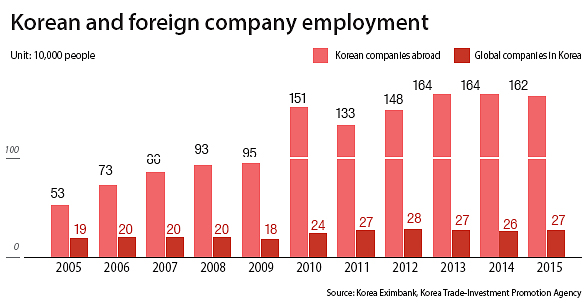 The Mie Prefecture in Japan has pushed to revive its local economy since 2000. Back then, its central government put forward a big initiative called “reshoring”- which means to bring back local companies that had left the country - but implementing the concept was a task assigned to each local government.

Mie Prefecture promised to subsidize 15 percent of the company’s investments spent to relocate from abroad to the city. Corporate taxes were cut by 20 percent for five years. This persuaded Japanese electronics company Sharp to establish a factory on its home turf instead of its initial plan to go abroad. This consequently pulled in 40 smaller subcontractors of the electronics giant.

A total of 7,200 jobs were suddenly created and the tax revenue of Mie’s local government increased by 11 billion yen ($97.9 million) between 2004 and 2005. Sharp was later acquired by Taiwanese firm Foxconn, but its manufacturing facility still remains in Mie Prefecture to produce camera modules for Apple’s iPhones.

Since 2015, the Japanese government’s reshoring initiative drove Toyota, Honda and Panasonic to move part of their factories to Japan from the United States, Vietnam and China, respectively. It’s not just Japan. Reshoring is a major task among other global leaders like the United States and Germany. If fulfilled, reshoring companies can fuel economic growth and create jobs. 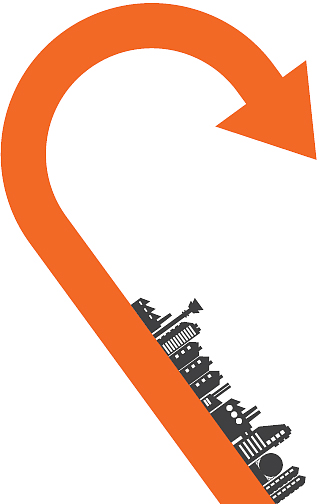 Korea is relatively sluggish in this sector. A report released Thursday by the Korea Chamber of Commerce and Industry showed that Korean companies created 1.6 million jobs abroad in 2015, a threefold increase from 530,000 in 2005. The number of jobs foreign companies created in Korea, however, was 270,000, only 1.5 times higher during the same period.

But another important reason is because Korea isn’t a favorable business environment. The government has implemented a similar law for “u-turn” companies and offered incentives to global companies that wish to enter, but the outcomes weren’t impressive.

Local and global companies hesitate to relocate or establish manufacturing facilities to Korea because there are too many regulations. Korea ranked 138 among 150 countries in terms of regulation environment-far behind Germany (18th), the United States (29th) and Japan (54th). An OECD study placed Korea rank 30 among 35 countries for regulating foreign investments. As a consequence, foreign investments to Korea in the last five years were just 46.5 billion won, ranking 37 in the world.

The bottom line of such statistics is that the Korean government needs a major reform in regulations to provide advantages big enough for companies to bear the costs in wages and logistics for doing business in the country. “If there are too many regulations, even companies that don’t necessarily have to go abroad will consider doing so,” said Lee Jong-myeong, head of KCCI’s economic regulation team. “We should at least create a regulation environment similar to that of competing countries.”

Efforts of global leaders that followed the reshoring initiative 10 to 20 years ago are now coming to fruition. Former U.S. president Barack Obama introduced legislation to support companies manufacturing in the U.S. and supported 20 percent of the cost to relocate factories into the country.

Current U.S. President Donald Trump is promising an even stronger ease of regulations, saying they are “killing jobs.” He signed an executive order for “One in, two out,” which means to eliminate two regulations when adding one. Corporate taxes will be cut from 35 to 15 percent. This had become a partial motivator for U.S. companies like GM and global companies like Samsung Electronics, China’s Alibaba and Japan’s SoftBank to consider expanding investments into the U.S. along with Trump’s protectionist threats.

Germany’s method is slightly different, in that instead of reducing particular regulations, its central and local governments talk directly to individual companies to offer tailored advantages.

The effort proved effective in bringing back many companies inside its borders. Germany blocked the outflow of technology at manufacturing companies and secured high-value manufacturing technology, which eventually contributed to helping the country regain its standing earlier than its neighbors during the financial crisis.

Korea’s presidential elections are Tuesday. The candidates, however, don’t seem too keen on re-shoring as relevant pledges are barely seen on the agenda. Instead, they seem to be more close to being pro-regulation, promising their enforcement. But welfare cannot be realized without economic growth. “In order to pull in more investments and counteract the current trade environment, the new government will have to come up with a realistic regulation reform plan,” said Cheong In-kyo, vice president and professor of international trade at Inha University.