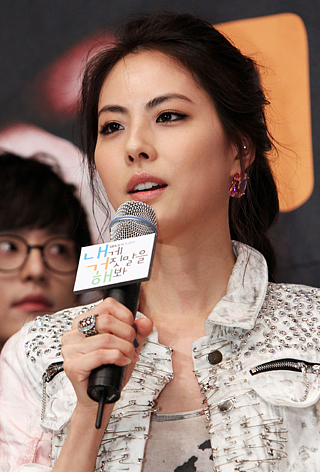 Singer Park Ji-yoon has denied dating rumors that say she has been in a year-long relationship with Kakao’s vice president of brand design Jo Soo-yong.

Various outlets reported the news based on the testimonies of sources close to Park late Sunday. They reported that the two’s relationship got intense after hosting the weekly podcast, “B Cast,” for the monthly magazine B. However, Park denied the notion herself yesterday, saying, “We meet once a week [for podcasts] and we’re pretty close, but we’re not dating.”

She also said the reason that these dating rumors were circulating is due to her representing herself through her agency Parkjiyoon Creative. “If I were in a bigger agency I could stop these rumors from spreading.”

Jo, however, didn’t have anything to say as of yesterday, regarding the rumor or Park’s denial.

Park recently had her 20th anniversary as a singer and released her ninth album in March. She is best known for her 2000 song “Adult Ceremony.”

Jo is credited for having designed the famous green search bar for web engine Naver as creative director for NHN.

He moved to rival Kakao in October 2016.