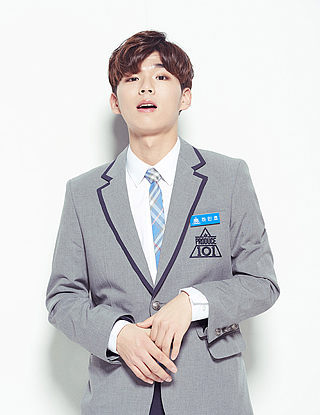 Ha Min-ho, a contestant on Mnet’s “Produce 101 Season 2,” has been cut from the show and let go by his agency amidst sexual harassment controversies, according to a press release from his agency, The VIBE LABEL.

The agency’s press release read, “We apologize to all the fans, fellow contestants and the production team [of ‘Produce 101 Season 2’]. After long discussions with Ha, we decided to withdraw Ha from the show and terminate his contract with The VIBE LABEL. Ha deeply regrets his actions.”

Ha Min-ho has been embroiled in controversy over the past few days for using social media - which is banned by program rules - to contact underage fans. The content of the messages were a topic of concern as well, with Ha attempting to lure an underage fan to come to his house and asking her to “lend me your lips,” sparking sexual harassment debates around the internet.

Mnet, which airs the show, is no stranger to having contestants quit the program due to behavioral issues during audition programs.

Countless contestants from “Superstar K” and “High School Rapper” have stepped down due to controversies, while one contestant on “Produce 101 Season 2” has already stepped down from the show in March after bullying allegations.