A cautionary tale from Japan

A cautionary tale from Japan 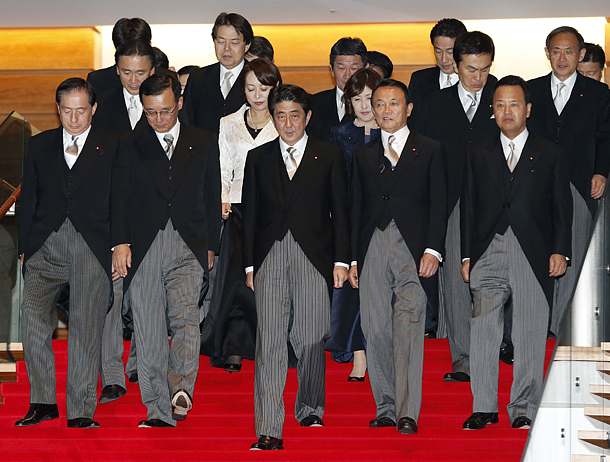 On April 1, 2014, Japanese Prime Minister Shinzo Abe convened a cabinet meeting. It was the first time Japan had raised its consumption tax in 17 years. Abe asked each minister to politely explain the tax changes in order to gain the cooperation and understanding of citizens.

Regular cabinet meetings are held every Tuesday and Friday morning in the prime minister’s office. When there is an urgent issue, special cabinet meetings and discussions are called. The meeting in 2014 was noteworthy because the list of attendees and remarks were recorded in minutes for the first time. Since Japan established its parliamentary system in 1885, cabinet meetings had been closed-door and only final decisions were announced.

The minutes of the first meeting were posted on the website of the prime minister’s office three weeks later on April 22. Cabinet Minister Yoshihide Suga said that the minutes were made public for improved transparency and to provide policy explanations to citizens.

In the early days of Japan’s parliamentary system, the Meiji government kept cabinet meetings confidential in order to freely pursue its military and modernization policies without provoking the opposition. The Showa government also kept meetings closed out of concern for military leaks.

Even after World War II, subsequent governments did not record meeting minutes. The 2011 Tohoku earthquake was a chance for Japanese people to realize the problems of a nontransparent state administration. The government of the Democratic Party of Japan called 15 emergency cabinet meetings after the earthquake and subsequent nuclear accident, but no records were kept for 10 of those meetings. There was speculation that there might have been a cover-up of the nuclear accident, but without minutes, it is not possible to clarify who was accountable.

After the Liberal Democratic Party returned to power in 2012, a revision of the Official Documents Management Act was proposed to require recording and declassifying of cabinet meeting minutes.

Then suddenly in March 2014, the Abe administration unilaterally decided to record and release minutes, bypassing a legislative revision. It was criticized as a makeshift distraction to calm national resistance to the Secrets Protection Law.

Three years have passed, and the cabinet meetings have changed. Most attendees, including the prime minister, do not speak. They simply pose for the camera and leave right away. In 26 meetings held from January to March this year, only 11 people have made a comment. Major policies are now decided at individual ministry meetings, and those are still closed-door.

Today, the 19th president of Korea takes office. Since there is no transition period, there may be policies that are not fully developed, and there are concerns that he might rashly present measures to avoid appearing like the reclusive Park Geun-hye administration. Flash policies might immediately gain support, but they will not last long and eventually backfire. Hopefully, the president will sincerely communicate with the people and operate state administration transparently.

*The author is the Tokyo correspondent for the JoongAng Ilbo.