Twice to appear on variety shows

Twice to appear on variety shows 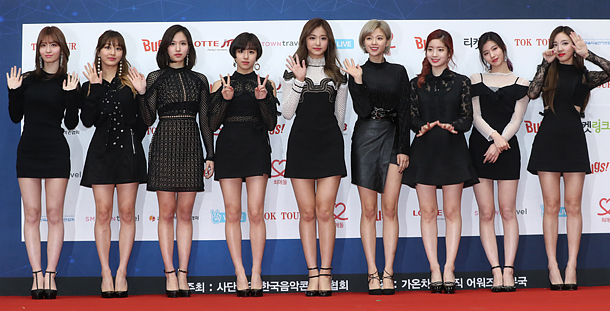 Girl group Twice, who are preparing to come back this month, are gearing up to appear on multiple entertainment shows, according to sources in the television industry yesterday.

The mini-album, titled “Signal,” is Twice’s fourth album and is a follow-up to their most recent single “Knock Knock.”

The group has become one of the country’s biggest girl groups in only a year and a half, and they also set a record on video-sharing site YouTube. As of yesterday, the music video for “TT” amassed 190 million views, making it the highest viewed music video by a girl group from Korea.