Producers raise prices ahead of election

Producers raise prices ahead of election 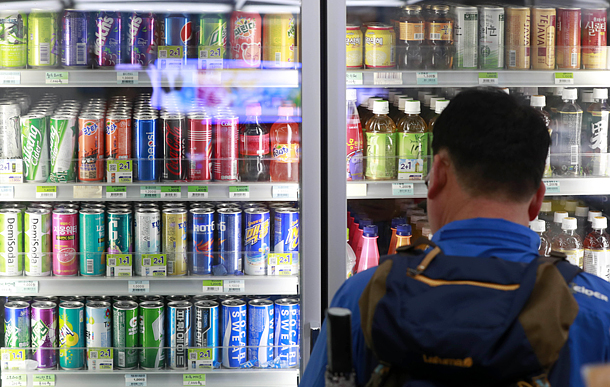 Food and beverage makers have been quietly raising the prices of their products. Lotte Chilsung Beverage on Tuesday raised the price of its major beverage lineup, including soft drink Chilsung Cider and energy drink Hot Six, by an average 7.5 percent at convenience stores. [YONHAP]

In the months leading up to Tuesday’s presidential election, Korean food and beverage producers have been quietly raising their prices before a new administration takes office and enacts regulatory changes that might limit price increases.

Lotte Chilsung Beverage on Tuesday raised the price of its popular soft drink Chilsung Cider, canned coffee Let’s Be and energy drink Hot Six by an average of 7.5 percent. It’s been more than two years since the beverage producer’s last price hike.

The new prices will first be implemented at convenience stores, followed by other retail channels like discount chains and supermarkets.

A company spokesman chalked the price hikes to the rising cost of raw materials like sugar and fructose.

Lotte Chilsung Beverage is the latest in a string of companies to enact price increases ahead of the presidential election, a move that many speculate is meant to pre-empt any regulatory changes that might occur under a new administration, including caps on price hikes. Since the impeachment of President Park Geun-hye in December, food and beverage producers have been raising prices one by one.

Samyang Foods, a major instant noodle manufacturer, raised prices on 12 products by an average of 5.4 percent on May 1. It was the first time in four years and nine months since Samyang Foods raised any of its products’ prices. Its main product, Samyang Ramen, now retails 810 won each, up from 760 won. Its Hot Chicken Flavor Ramen, also known as Buldak Bokkeum Myeon, also saw a price hike of 50 won, from 1,000 won to 1,050 won.

Samyang’s rival Nongshim announced in December that it would increase the price of its 12 products by an average 5.5 percent. Its top-selling Shin Ramyun went from 780 won a pack to 830 won, while the price of its Neoguri Spicy noodles went from 850 won to 900 won per pack.

Oriental Brewery, the country’s leading producer of beer, raised the price of its major products like Cass and Premier OB by an average 6 percent in November.