Experts weigh in on science of polluted air and safety

Experts weigh in on science of polluted air and safety 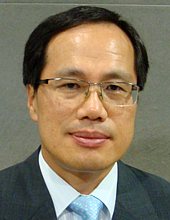 The concentration of PM10, or particulate matter less than 10 microns in diameter, rose as high as 300 micrograms per cubic meter on Saturday as a dust storm from the Gobi Desert blew across the Korean peninsula.

Yet the sky was blue in many areas in and around Seoul. Additionally, the concentration of PM2.5, or particulate matter less than 2.5 microns in diameter, was also moderate throughout Seoul, or in the range of 16 to 50 micrograms per cubic meter.

“Don’t be duped by the blue sky, wear your mask!” read many of the news headlines that day.

Chronic exposure to particulate matter can lead to cardiovascular conditions like heart disease and blood clots, or respiratory diseases, such as lung cancer.

The JoongAng Ilbo sat down with two experts, environmental engineering professor Dong Jong-in of University of Seoul, and researcher Lee Sang-sam of the National Institute of Meteorological Sciences, to understand the science behind this phenomenon.

Q. Why did PM2.5 concentration remain moderate despite the yellow dust blowing in?

A. This can happen from time to time. The average PM10 concentration on Saturday was 194 micrograms per cubic meter. This was about five to six times higher than average. But then the PM2.5 concentration was only 16 micrograms on Saturday, about half the average, and it took up only 10.3 percent of the particulate matter in the air that day.

The obvious reason for this phenomenon is that dust storms carry more PM10 than PM2.5. Of course, PM2.5 is included in dust storms, but the PM2.5 is normally released by power plants and vehicle emissions.

Another reason for the low concentration of PM2.5 in the dust storm was the strong winds during the storms. The average wind speed in Seoul was 3.8 meters (12.5 feet) per second on Saturday, quite strong compared to any other day. Strong winds help disperse PM2.5, lessening its accumulation in the air.

Why was it that many saw blue skies on Saturday, when the PM10 concentration was skyrocketing?

When the sky is smoggy, with apparently shortened visibility of buildings or mountains, that’s because the sun’s rays that are visible to the human eye are coming into contact with dust particles and bouncing off in various directions. This happens more when the rays’ wavelengths are similar in size to particulate matter.