Pope John XXIII’s globe gets a new life thanks to hanji : Korean paper has been used in the restoration of Italian cultural artifacts

Pope John XXIII’s globe gets a new life thanks to hanji : Korean paper has been used in the restoration of Italian cultural artifacts 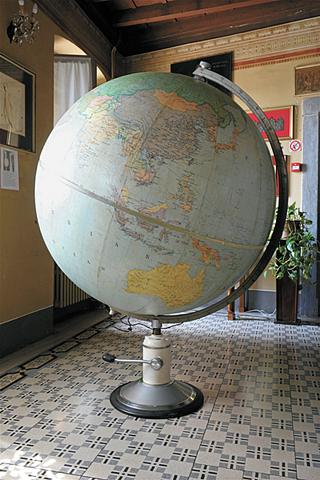 A globe owned by Pope John XXIII (1881-1963) has recently been restored with traditional Korean paper hanji after a year of conservation work. A museum in Sotto il Monte Giovanni XXIII in Italy, the hometown of Pope John XXIII, plans to display the restored globe to the public soon. [JOHN XXIII FOUNDATION]

When people buy a globe or a world map they often have a goal in mind, if not a hope.

They are usually expressing a desire to go outside of their existing boundaries, either physically or mentally, to broaden their perspective.

The globe he owned appears to represent his spiritual conviction.

The globe he acquired in 1960 has recently been restored with Korean mulberry paper, or hanji, the South Korean consulate general in Milan announced.

A museum in Sotto il Monte Giovanni XXIII in Italy, the hometown of Pope John XXIII, plans to display the restored globe to the public soon.

Just how did a historical relic from a faraway country get a new life with Korean traditional paper?

Not long after he was elected pope, Pope John XXIII was looking at an atlas that marked where new churches had been established through propagation activities.

He thought that it would be great if there was a map that identified all the dioceses of the church around the world.

They installed a light bulb inside so that the globe would light up. They also installed a motor to allow the globe to spin around automatically.

The globe was completed around June 1960.

It’s said that whenever a visitor came to see him, Pope John XXIII would refer to the globe to find out where he or she had come from. He also corrected with his handwriting some locations that needed to be fixed, or added places with dioceses that were not originally marked. They included locations like Chuncheon, Daejeon, Jeonju and Busan, home to Korean dioceses. He also marked places where the pontiff went on pilgrimages.

“Men are like wine - some turn to vinegar, but the best improve with age,” Pope John XXIII once said.

But unfortunately, the globe did not have such luck. Rather, over the past decades its color faded and it became badly damaged.

This is where hanji comes in. 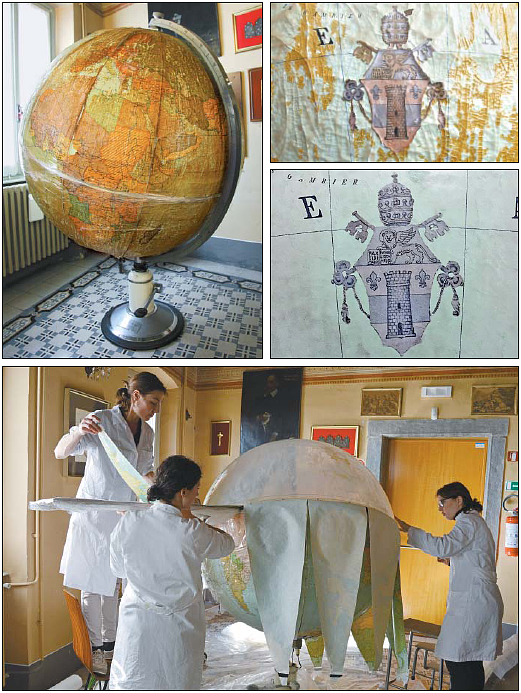 After a year of work, a team of Italian experts has succeeded in restoring the globe at a museum dedicated to Pope John XXIII.

Art conservationist Nella Poggi, who led the group, acknowledged that there were difficulties. He said it was challenging as the more than 50-year-old globe had lost its shape and was slowly deteriorating.

But Poggi reportedly said that the tension of hanji made the work a tad easier. Additionally, hanji is known for its durability and pieces of the paper dating back as many as 1,500 years have been found.

He said he hopes that “South Korea and Italy will enhance their relations by cooperating through the utilization of cultural assets.”

Since 2014, the Korean government, academia and civic activists have been encouraging Italy to restore its artifacts, such as ancient documents and paintings, using the Korean paper. In Italy and other parts of Europe, Japanese paper has often been the choice for art conservation.

As a testament to its quality, hanji has already been used to restore five of Italy’s important cultural heritage items.

In December 2016, Italy’s Central Institute for Restoration and Conservation of Archival and Library Heritage (Icpal) issued a certificate approving two types of hanji as appropriate material for restoring and preserving artifacts - both of which are made by master hanji artisan Sin Hyeon-se of Uiryeong County, South Gyeongsang.