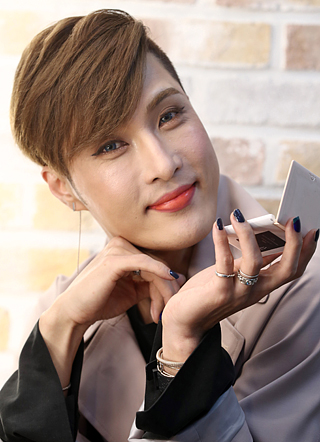 Former comedian and current makeup artist Kim Ki-soo is facing a defamation lawsuit from the former president of his fan site, according to legal circles.

Not much is known about the basis for the accusation, as the Seoul Metropolitan Police Agency refused to reveal information to the press, saying, “We have nothing to disclose about [the lawsuit regarding Kim] because the investigation is still ongoing.”

The office issued a summons to Kim, who has been ordered to appear at a police station on May 19 for further questioning.

Kim debuted in 2001 as a comedian on KBS. Although he hasn’t had much success as a comedian, he has found a devoted following after becoming a makeup artist who has been posting popular makeup tutorial videos on YouTube since last November.