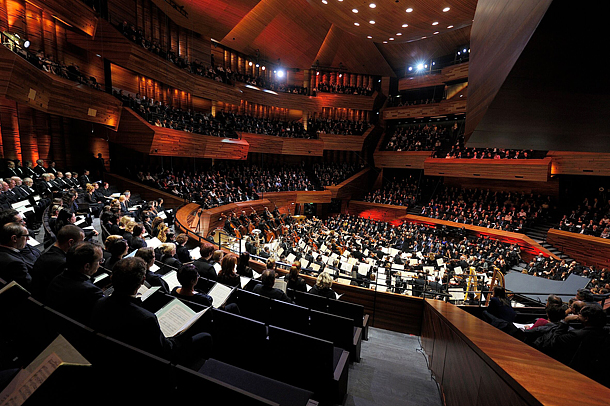 One of the top orchestras in France, the Orchestre Philharmonique De Radio France will be holding a concert under the baton of Mikko Franck at the Sejong Center for the Performing Arts in central Seoul. Pianist Son Yeol-eum will accompany the orchestra in one of the programs. [CHRISTOPHE ABRAMOWITZ]

May 25: Rated as one of the top-three representative orchestras of France, along with Orchestre National de France and Orchestre de Paris, this orchestra is visiting Korea for the first time in four years. The former music director for this orchestra was Chung Myung-whun, and his successor is Mikko Franck, a Grammy award nominee. Korean classical pianist Son Yeol-eum, the second prize winner at the Tchaikovsky International Piano Competition in 2011, will join the stage with Franck.

Along with Sibelius’s “Nocturne from King Christian II Suite,” Gershwin’s “Piano Concerto in F” and Ravel’s “Ma Mere I’Oye Suite” and “Daphnis et Chloe Suite No.2” will be performed.

May 21: Jazz pianist Cho Yoon-seung is inviting both classical and jazz music fans to his upcoming concert titled “Bach to Ravel.” Cho, who is known for his unique and toe-tapping jazz interpretations of some of famous classical pieces, will be showing off how he interpreted Romantic composer Bach’s “The Well-Tempered Clavier” using the styles of Chopin and Liszt. Cho also amuses his fans by collaborating with numerous artists and for the upcoming concert, he’ll be joined on stage by popular singer and songwriter Lucid Fall.

Cho is focused not just on the piano but also on photography as well, and he’ll also be holding a photography exhibition at Gallery PEN, next to the Olympus Hall from May 11 to 22.

May 31: One of the powerful singer-songwriters from Britain, known for his expressive lyrics and mellow voice, with hit songs from the 1993 album “Ten Summoner’s Tales” like “Shape of My Heart,” is coming to Korea again for the fourth time.

He debuted in 1977 as the lead singer and bassist for the band The Police, and became a solo artist with the album “The Dream of the Blue Turtles” in 1985. He is now back with his latest album “57th & 9th,” which was released last year.

It will be a small-scale event with only 400 seats available. Joe Sumner and The Last Bandoleros will join the stage as special guests.

June 2-4, 9-11: One of K-pop’s biggest boy groups, 2PM, is hosting a string of concerts for fans. The JYP Entertainment group, known for its hits like “10 Points Out of 10” and “Again & Again,” is returning to the stage with Jun.K, who is now fully recovered from injuries sustained during the group’s previous concert series.

The entertainment group confirmed that all six members of the group will participate.

Along with the Korea Coop Orchestra, conductor Christian Schumann, pianists Lee Dae-wook, Cho Jae-hyuk, and Alexander Sinchuk will also be on stage.

May 19 to June 11: The Seoul Metropolitan Musical Theater is staging the historical musical “The Secret Envoy,” which centers around three secret envoys deployed to The Hague in 1907.

May 26-27: As The Times of London put it, “If any artist has defined the decade, it’s Wayne Mcgregor.” The U.K.’s top choreographer is coming back to Korea for the first time in 12 years. Since he became the resident choreographer of the Royal Ballet in 2006, he has created works for world’s top ballet and dance companies.

After establishing his company in 1992, he has produced more than 30 pieces. He is known for trying out experimental and progressive works based on science and technology.

First premiered four years ago in London, the theme of this performance is the atom, which is the smallest unit that makes up every object. Viewers wear 3D glasses, as 3D graphics with vivid colors and geometric patterns are shown throughout the performance.

The performance starts at 8 p.m. on Friday and 5 p.m. on Saturday. 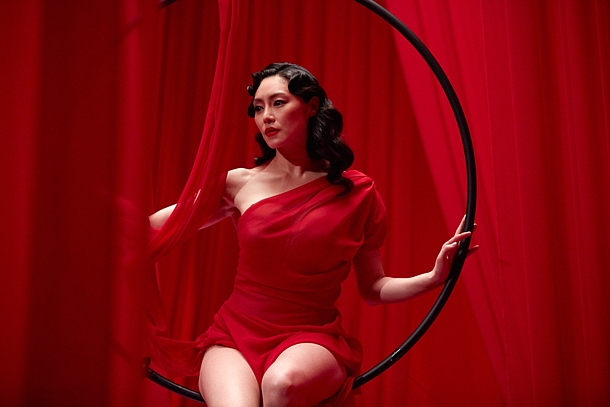 June 16 to Aug. 6: Set in Paris in 1917, a beautiful dancer named Mata Hari enchants all of Europe with her mysterious Oriental dance, who makes people forget about the pain of war, eventually becoming a celebrity among the high society.

There are no shows on Monday.

May 20-21: In its eighth year, Greenplugged Seoul has been rolling out a slate of big domestic names who will take the main stage, with appearances by rock band Guckkasten, break-out R&B star DEAN and rising stars Bolbbalgan4 having already been confirmed. Known for its environmentally-friendly concept, Greenplugged Seoul attempts to work for a better and more green future. 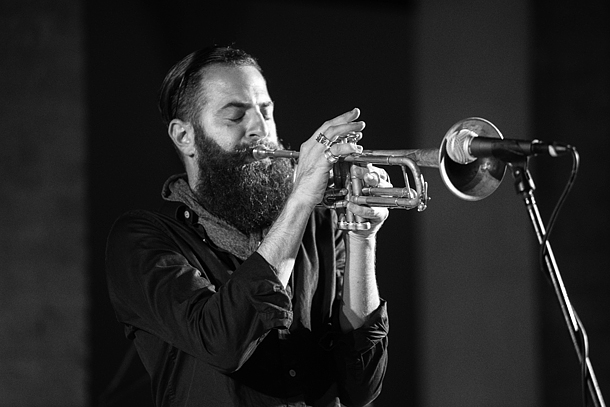