Twice tops the charts with ‘Signal’

Twice tops the charts with ‘Signal’ 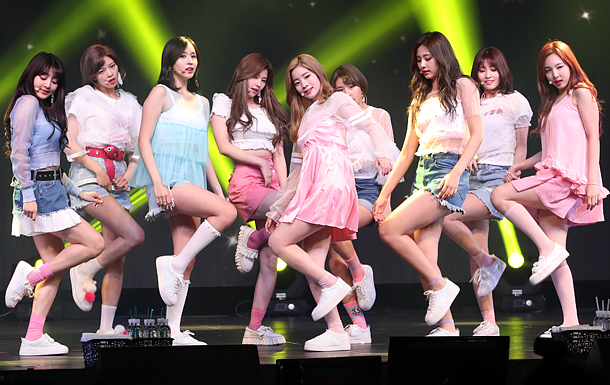 “Signal” ranked No. 1 on seven music streaming charts, including Melon, Genie, Olleh Music and Bugs Music, as of 9 a.m., becoming the group’s fifth No. 1 song since its debut. Released on Monday evening, the song outperformed Psy’s new song “I Luv It,” which was released last week.

The band’s new EP album, also named “Signal,” rose to the top of Apple iTunes album charts in 12 countries, including in Singapore, Taiwan, Vietnam and Indonesia.

The music video for “Signal” racked up 6 million views on YouTube within 12 hours of its release.

Twice has stormed the K-pop scene since its debut about 18 months ago. Starting with its debut track “OOH-AHH,” TWICE has had four-consecutive No. 1 songs - “Cheer Up,” “TT” and its most recent song “Knock Knock” in March.