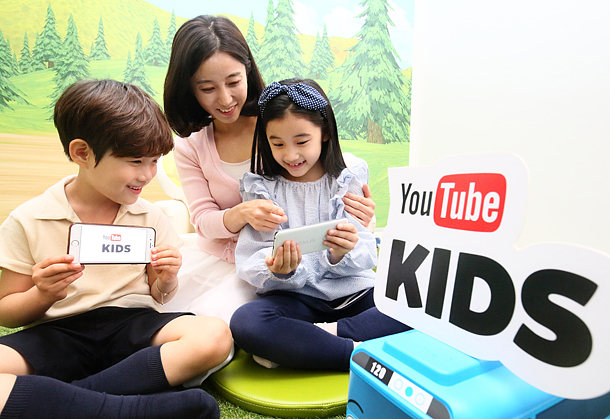 YouTube has launched an app dedicated to kids in Korea Tuesday as demand for useful and safer content for children rises.

“We created the YouTube Kids to improve the YouTube experience for kids and provide children a safer place to explore the best of YouTube,” Don Anderson, head of family & learning partnerships in Asia-Pacific, said at a press briefing in Jongno District, central Seoul.

To provide content unique to Korean children, the company formed a partnership with five local content providers including Iconix, developer of the popular cartoon series “Pororo the Little Penguin,” and Smart Study, creator of a cute fox character dubbed Pinkfong. The partner companies will offer exclusive contents on YouTube.

Line Friends, which launched YouTube channel Brown TV a month ago, has also joined the partnership and is planning to upload videos of 100 songs and 50 tales featuring its characters that are frequently used as emoticons on Naver’s Line chat-app.

Apart from providing more children friendly advertisements and content, the app also enables parents to set children’s screen time. The app can switch to sleep mode and alert children when a set viewing time is over.

Korea is the 27th country to receive the app since the service launched two years ago in the United States. However, it is the first among non-English speaking countries in the Asia-Pacific to adopt the service, according to Na Hae-bin, a technology manager at YouTube.

In the two years of operation, the kid-specialized app has had 30 billion views and now reaches more than 8 million active viewers weekly across the globe.

Interest in children-catered entertainment has also spurred the growth of many family or children creators on YouTube. Among locally produced content are video series from channels Lime Tube and My Lynn TV, which introduces interviews and games of interest to children. Lime Tube has more than 540,000 subscribers to its channel while My Lynn TV has 240,000.