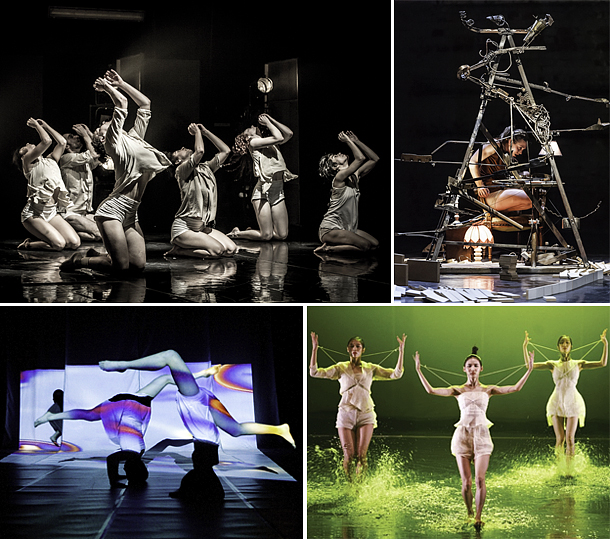 In Korea, ballet has struggled to break out of the image that it is a performance art only for women. Men reluctant to enjoy the artistry of ballet may quickly change their minds after seeing a performance by the British all-male dance troupe, BalletBoyz. The London-based company attracts a large male audience wherever they go to perform their modern ballet repertoire.

The company is visiting Korea for the first time to open the 2017 International Modern Dance Festival (Modafe), an annual festival in Seoul that highlights the current trends in the world of modern dance. This year is the event’s 36th year.

Their choreography, which varies from athletic to tender, has wowed audiences globally, especially those unfamiliar with the world of dance. Founded in 2001 by Michael Nunn and William Trevitt, who were two hot-shot principal dancers at the Royal Ballet, the company will present a two-part program titled “Life” at 8 p.m. on Thursday and Friday at the Main Hall of the Arko Art Center in central Seoul.

“Life” from the all-male dance company BalletBoyz will kick of the 2017 Modafe, with performances on Thursday and Friday. [MODAFE]

The BalletBoyz diversify each of their performances by combining two different works. “Life,” too is composed of two dance works by renowned European choreographers - Pontus Lidberg’s “Rabbit” followed by Javier de Frutos’ “Fiction.”

In “Rabbit,” 10 dancers appear on stage wearing giant rabbit heads. According to the organizer of the Modafe, “Rabbit” is a serious piece that talks about placement in society. On the other hand, “Fiction” is performed with humor, while trying to remain serious.

This year’s Modafe, which runs from today to May 31 in Daehangno, central Soul, invites about 31 dance troupes from seven different countries. This year’s highlights, according to the festival organizers, will be the opening performance by the BalletBoyz and the closing performance, which will be presented by the renowned Kibbutz Contemporary Dance Company.

Recognized as one of the leading contemporary dance companies in the world, the Kibbutz is known to showcase the unique choreographic character of its artistic director Rami Be’er. For the performance in Seoul, the company will stage “Horses in the Sky,” which received praise from international critics. Be’er, who is one of the busiest choreographers in the international dance scene, receiving requests from famous dance companies around the globe, not only choreographed “Horses in the Sky” but also took the helm in stage design, lighting as well as sound editing.

According to the festival organizers, the performance has a “strong mise en scene and a dynamic sensibility, topped with the rhythms of electronic club music” and that “it will be the best piece to show the current trends in modern dance.”

The company will stage two performances, at 8 p.m. on May 30 and 31 at the Arko Art Center’s Main Hall.

There are also works by Korean companies. Three veteran Korean choreographers Choi Chung-ja, Jeon Mi-sook and Lee Sook-jae will each stage their works during the festival. Additionally, works from rising choreographers Kim Bo-ra, Lee Dong-ha, Jung Soo-dong and Jeon Jin-hyuk will be showcased during the two-week festival.