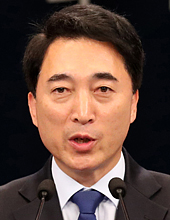 President Moon Jae-in named Park Soo-hyun as spokesman of the Blue House on Tuesday in a continuing effort to avoid promoting his own campaign aides in order to overcome conflict within his party.

Yoon Young-chan, senior public relations secretary, announced the appointment, praising the new spokesman as a pragmatic person who is adept at policymaking.

Park, a native of Gongju, South Chungcheong, is a former lawmaker of the Democratic Party (DP). He was elected as a lawmaker in 2012 and served as the party’s spokesman and chief of staff for the DP chairman. 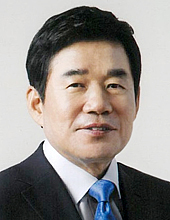 During the DP’s presidential primary, Park served as the spokesman of South Chungcheong Governor An Hee-jung’s campaign. After finishing the race in distant second, An promised Moon his full support and during Moon’s presidential campaign, Park joined the team as a spokesman.

After the appointment was announced, Park promised to deliver the messages of the Blue House and to listens to all political parties. He also said he will respond to the press by considering their questions as inquiries of the people.

During the presidential race, Moon promised his presidency would be free from the influence of his political comrades, often referred as the pro-Moon faction. Selecting an associate of his primary rival as the first spokesman of the Moon Blue House is seen as Moon’s latest move to promote unity. 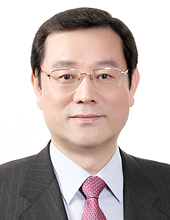 Moon’s previous appointments of top officials were also aimed at overcoming the county’s regional and factional rivalry. His closest aides have so far been excluded from the presidential secretariat and the cabinet, while he is recruiting politicians and experts from various backgrounds.

Lee Nak-yon, South Jeolla governor, was nominated as prime minister in a move to end the political competition between Jeolla and Gyeongsang. The presidential chief of staff, Im Jong-seok, is known to have close ties to Seoul Mayor Park Won-soon.

Hong Nam-ki, the first vice minister of science, ICT and future planning, was named to head the Office of Government Policy Coordination. Hong is the first senior official of the Park Geun-hye administration to work in a key post under Moon.

Meanwhile, Moon’s longtime confidants have declared they will not join the administration, allowing Moon to form the presidential secretariat and cabinet free of political factions and regional affiliations.

Yang Jung-chul, one of Moon’s closest aides, said Tuesday he will leave for New Zealand and will not hold public office under Moon. Yang served as presidential secretary for public affairs in the Roh Moo-hyun administration and helped Moon enter politics after Roh’s death in 2009. He was Moon’s deputy chief of staff during the campaign.

Speculation was high Yang would be named Moon’s general affairs secretary, as the post has always been occupied by a presidential confidant, but Moon chose a career public servant instead.

“My dream is achieved with his victory,” Yang said. “I want no more. We are different. We had earnest hopes for changing the administration, but we never lusted for power.”

He also said his exit should help end the country’s severe partisanship.

Another key Moon aide, Lee Ho-cheol, former civil affairs secretary of the Roh Blue House, also left the country last week. “My job is done,” he said at the time.

Choi Jae-sung, the former DP lawmaker who headed the first situation team of the Moon campaign, also said he will not hold public office in the Moon government. “Some people are needed when a sail is smooth and other people are needed when the ship is in turmoil,” he wrote on Facebook. “Some need to do something, while others need to plan. I am one of the latter.”

He said Moon has more than enough talented people around him as many were recruited while Moon was serving as DP chairman. “I told him it is okay for one person to remain empty-handed,” Choi wrote.

Choi served senior leadership posts in the DP when Moon was chairman in 2015. During last year’s general election, he oversaw the DP’s project to recruit talented new candidates, but he did not run in the election.

Meanwhile, Moon named Rep. Kim Jin-pyo of the DP, a veteran lawmaker and former economic deputy prime minister, as chairman of the advisory committee for state affairs planning. Because Moon won the presidency in a snap election, his term started without a transition period. The committee will act a transition team.

Kim, a four-term lawmaker, served as the vice chairman of Roh’s transition team in 2003. He also served as deputy prime minister for education in the Roh government.

Lee Yong-sup, former DP lawmaker who served as interior minister and transportation and construction minister for Roh, was named the vice chairman of the newly created presidential committee for job creation. Moon will head the committee, one of his priority projects.