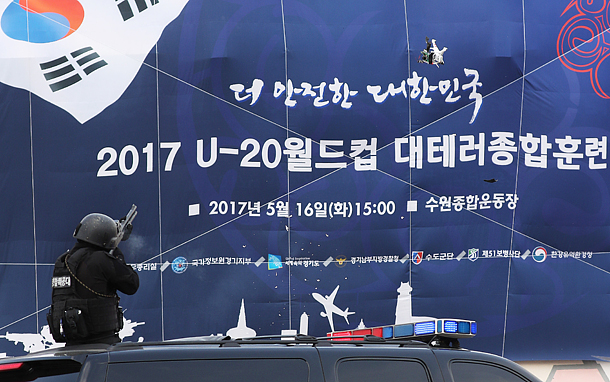 An officer of the national police SWAT team shoots down a drone with a shotgun during anti-terrorist attack training at the Suwon World Cup Stadium in Gyeonggi on Tuesday in preparation for the 2017 FIFA U-20 World Cup, which will be held in six different cities - Suwon, Jeonju, Incheon, Cheonan, Daejeon and Jeju - from Saturday to June 11. [YONHAP]