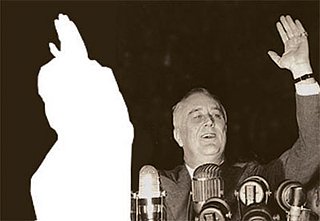 Direction and speed can define leadership. President Moon Jae-in is targeting reform and integration as his policy goals. Speed is as crucial as the direction in tackling many issues at one time. Also, he must earn the confidence of the 58.9 percent of the voters who didn’t support him.

Normally, a president enjoys a honeymoon period of at least six months. Typically, a South Korean president is inaugurated in late February and refines campaign pledges into policies to be ready for budgetary and bill approvals at the regular National Assembly session in September. The opposition and media also pay customary respects to the new president during this honeymoon period.

For Moon, however, the period is shortened to 100 days. If he does not win approval during this period, he could face political headwinds from the opposition-led legislature and setbacks in the gubernatorial and mayoral elections next year. The next five years could be tough. Whether it is reform or integration, he must push his agenda when conditions are still favorable.

Moon could draw lessons from U.S. President Franklin D. Roosevelt who served from 1933 to 1945. The 32nd U.S. president came to office at the peak of the Great Depression. When he was sworn in on March 4, 1934, more than a quarter of the working population was unemployed and U.S. gross domestic product had shrunk as much as 30 percent. Two out of 10 banks were shut. The world was seeing signs of a war due to aggression from Adolf Hitler’s Germany and Japan. He was a liberal president inheriting a country wrecked by a Republican government. A leader challenged by polio devoted his creativity and will to save a country in crisis in his first 100 days.

The first 100 days were focused on the “relief” section of his three-part “relief, recovery and reform” agenda. He formed a so-called dream team. He had been running a think tank dubbed the Brain Trust since he was a candidate. Frances Perkins, hired as the first woman in the U.S. cabinet as secretary of labor, established the Fair Labor Standards Act giving all workers the right to join unions and negotiate working terms and ensuring a minimum wage to cover living expenses. It also banned child labor and laid out guidelines for overtime work.

The government persuaded employers and gained support for its New Deal programs from the Congress of Industrial Organizations, a federation of industrial unions. The union, companies, and government joined forces to help the New Deal revival programs succeed.

Perkins, who was from a middle-class family, witnessed the tragic Triangle Shirtwaist Factory fire while heading the New York Consumers League. The fire killed 146 garment workers — mostly immigrant women in their teens and 20s — because they were locked in the building, deserted by managers. There was only one exit to counter theft by workers.

The accident was an epiphany for the 31-year-old Perkins. She devoted her life to the rights of workers. Roosevelt also recruited a labor activist as the commander of his relief and reform program.

FDR’s bank reforms revived sound banks, and his personal favorite agenda — the Civilian Conservation Corps – hired 1 million unemployed young people to work on rural projects. The Tennessee Valley Authority created jobs for 4 million in the poverty-stricken area through dams and other infrastructure projects, and the Public Works Administration generated jobs throughout the country. He set up the Agricultural Adjustment Administration to fix parity prices to enhance profitability for farmers. The barrage of ingenious policies arrived in the first 100 days in office.

Backlash and resistance came. Some of his bills were ruled unconstitutional by federal courts. Perkins even faced a crisis of impeachment. So FDR explained every policy directly to the U.S. public. In his eighth day in office, he began his famous “fireside chats,” in which he addressed the American public directly via the radio. He described his policy to revive the banking system in simple and clear language and asked public support and faith. “I can assure you, my friends,” he said, “that it is safer to keep your money in a reopened bank than it is to keep it under the mattress.”

FDR ended by saying, “It is your problem, my friends, your problem no less than it is mine.” The stock index jumped 15 percent after his radio address and as many as 450,000 letters were delivered to the White House. Sincerity helped to fuel his 100-day drive.

Always wearing a benign smile, FDR spent three to four hours every day conversing with congressmen during his four terms. He would joke with public officials not to upset congressmen because the success of his government hinged on the legislature. The chairman of the banking committee of the Congress went around to personally sell the “Emergency Banking Act” the president drew up in his fourth day in office and passed it in just 38 minutes.

Having served as editor-in-chief of the Harvard Crimson, Roosevelt knew the press. He met with reporters twice a week. The Heritage Foundation advises a president to impress Congress, the public and the media at an early stage.

When Roosevelt was elected, Congress was controlled by the Democratic Party. Our President Moon is not so lucky. He must be humble and sincere to win the favor of the legislature and the public. The people do not turn their back on a humble and sincere president.